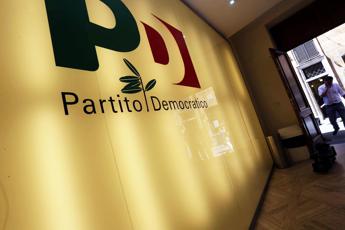 M5S parliamentary locks with record turnout. In the center-right, Forza Italia on the high seas. Open game on 15 uninominali to ‘Noi moderati’

Tensions and controversies in the Democratic Party after the approval of the lists of candidates for the next elections on 25 September. The cut in parliamentarians reduces the available seats and increases the discontent of the excluded. “Excluded for political choice, no cowardly excuses”, the comment of Luca Lotti, while Monica Cirinnà accepts the candidacy in extremis: “I will do my battle”. And from Matteo Renzi comes the lunge: “Letta’s choices dictated by rancor”. Concluded the M5S parliamentarians.


PD – Among the names chosen by the Democratic Party, the secretary dem Enrico Letta will be head of the Chamber in Lombardy and Veneto. Carlo Cottarelli will instead be the leading candidate for the Senate in Milan, Fanceschini in the Senate in Naples, Casini and the former mayor Merola in Bologna, the former secretary of the CISL Furlan in Sicily, Zingaretti in Lazio. Microbiologist Andrea Crisanti will be leaders in Europe. Again in the running with the Pd Alessandro Zan, rapporteur of the bill against homotransphobia: he will be a candidate for the Chamber, always in the Padua college. Finally, among many confirmations, the choice of the green line should also be noted, with Letta’s decision to indicate the under 35 Rachele Scarpa, Caterina Cerroni, Raffaele La Regina and Marco Sarracino as capilista in Veneto, Molise, Basilicata and Campania.

M5S – The pentastellated members have meanwhile approved the list proposed by Giuseppe Conte in the context of the M5S parliamentarians. 43,282 answered Yes, equal to 86.54% of the votes cast, while No 6,732, equal to 13.46%. The consultation was attended by 50,014 people, the highest figure ever. But the controversy over Giuseppe Conte’s restricted ‘price list’ does not subside. Speaking to La Stampa, the pentastellato leader explains: “I proposed a small team of 15 people, but it is not a question of loyalists … They are people who can contribute to realizing our battles”, continues the former premier, underlining how the list will serve to guarantee “an essential nucleus for a continuity of action”. On social media, Senator Danilo Toninelli, however, criticizes the decision of the M5S president and stings: “Let us leave the blocked price lists to Meloni or Letta. A candidate like Chiara Appendino deserves to be elected because she got more votes from members thanks to her excellent work as mayor, not because it is protected by a choice that has nothing to do with direct democracy “.

CENTER RIGHT – Forza Italia grappling with the electoral lists. As always happens in these cases, Arcore’s silence on the grid of names in the midst of a very delicate negotiation, given the few secure seats available, due to Rosatellum, a cut in the number of parliamentarians and a decline in consensus compared to the past, fuels the uncontrolled rumors about the ‘drowned and saved’ among the blue ranks. Not only the peons but also many big names, those of the old guard and not, will remain in suspense until the last useful moment (the dead line is 22 August).

By today, they say, it should be resolved rebus of the lists of the ‘centrists’ of the center-right with the geographical assignment of single-member companies, college by college. Starting with those that Fratelli d’Italia has reserved for the little ones of the coalition, or the so-called fourth leg of the coalition, which will run with a single list and under the same symbol of ‘We moderates’. A neocentrist sign for some, a sort of re-edition of the ‘White Whale’, for others, which goes from Lorenzo Cesa to Gianfranco Rotondi.