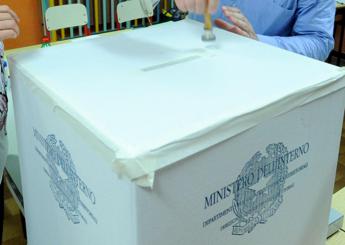 Green-Left Alliance the most attentive to the issue, the lowest score of the analysis of Climalteranti and Italian Climate Network to Fratelli d’Italia and Forza Italia. The expensive energy issue monopolizes the debate on the energy transition.

The Green-Left alliance is the most committed on the climate front, while the lowest score is earned by the Brothers of Italy and Forza Italia. The issue of expensive energy has monopolized the debate on the energy transition of the various forces in the field, as well as the Piombino gasifier but also nuclear energy is a topic present in the debate. This is what emerges fromanalysis, carried out by Climalteranti and Italian Climate Network, of the climate commitment of the political forces that present themselves in the elections of 25 September 2022.


And here is what emerges by looking at the climate commitment index: the Green-Left alliance is confirmed with the highest score of the first evaluation (9.2); in second place again the Democratic Party (8.7); in third place the People’s Union (7.9). The lowest score is that of Fratelli d’Italia and Forza Italia (both 4.1), followed closely by Lega for Salvini Premier (4.3) and Noi moderati (4.2). Very low scores also for Italexit with Paragone (5.1), Action (5.4) and Italia Viva (5.5). Intermediate scores for 5 Star Movement (7.0), Plus Europe (6.8) and Civic Engagement (6.3).

The final evaluations of the Climate Commitment Index for Political Elections 2022 take into account not only the programs deposited with the Ministry of the Interior, as for the first evaluation released on 6 September, but also of programs and thematic materials available on the websites of the political forces, as well as the statements of their leaders reported by major newspapers or available on their official social channels.

Who goes down and who goes up

Compared to the previous evaluation, based only on the official programs filed with the Ministry of the Interior, Movimento 5 Stelle rose which, passing from 6.5 to 7.0, strengthens its position with respect to the meager program initially deposited with the Ministry; League for Salvini Premier, who in his individual program (following the coalition one filed with the ministry) has included numerous actions relating to the energy transition.

Action-Italia Viva fell, which saw Action go from an initial 5.8 to 5.4 due to the attacks of the Action leader Carlo Calenda on the European Green Deal and in particular on the European Emission trading system; similar assessment on the statements of his ally Matteo Renzi and his party Italia Viva.

From nuclear power to private jets, the topics of the debate

The expensive energy issue has monopolized the debate on the energy transition. How to overcome dependence on Moscow and whether or not to build the Piombino gasifier have been much more discussed than how to deal with the climate crisis in a broad and medium-long term sense. Another theme present in the debate concerns nuclear energy, with forces that have strongly supported it (Calenda and Salvini) and others that have reiterated their opposition (Letta, Bonelli and Fratoianni).

Few, since the beginning of September, have talked about international agreements, reduction of emissions, renewable energy, energy efficiency. Giuseppe Conte is on the rise on these issues, especially through social networks, who has repeatedly focused on the dichotomy “fossil vs non-fossil”. Carlo Calenda has taken various positions in stark contrast to European climate policies (European Green Deal and Fitfor55 Package), in particular with the request to suspend the European emission trading system for large industrial plants .

Enrico Letta has repeatedly drawn attention to the energy transition, even with the use of an electric bus during the election campaign; Angelo Bonelli, Nicola Fratoianni and Luigi De Magistris also re-launched the Fridays For Future proposal on the ban on private jets.

The evaluation: evident differences in scores between political forces

“Scientists, experts in climate and energy policies carefully read the material and assigned scores based on the defined criteria. The average value of the 20 evaluations is a solid result, capable of providing an objective and useful indication to the voters “, explains Stefano Caserini, professor of climate change mitigation at the Politecnico di Milano, founder of Climalteranti and member of the Italian board of directors. Climate Network, creator and coordinator of the evaluation.

According to the president of Italian Climate Network, Serena Giacomin, “the final results confirm what has already emerged in the first evaluation, a clear difference in the score reported by the various political forces. Some got very high marks, resulting from the expression of a clearer promised climate commitment; other low scores, an indication of an ambiguous, fuzzy signal and a very poorly structured, if not absent, commitment promised ”.

The premise that the vote “6” does not indicate sufficient is important. In order to achieve the goal of the Paris Agreement (limiting global warming to well below 2 ° C, and making an effort to stop at 1.5 ° C) a maximum of ambition and commitment is required, therefore, do not be far from the highest possible grade, that is 10.