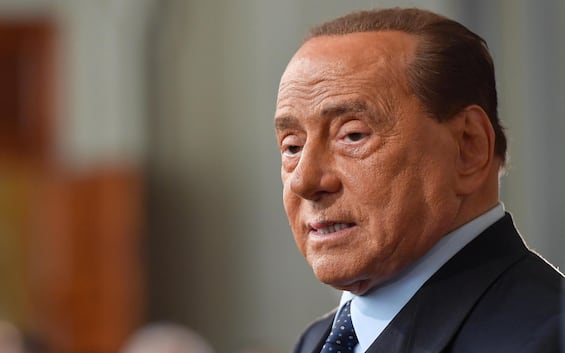 The former prime minister interviewed by Foglio: “We have a great democratic right and not as extreme as elsewhere”. And on Russia: “Guilty of war, unreliable partner for the West”

Interviewed today on the paper, Silvio Berlusconi, number one of Forza Italia, reiterates that “sovereignty is a hoax to be put aside, a stupid idea and stupid are those who believe in it”. Concepts that the former Prime Minister, as the director of the newspaper Claudio Cerasa recalls, already said in 2019 (LIVE UPDATES ON THE ELECTORAL CAMPAIGN).

“Center-right guarantee of a democratic vocation”

The blue leader affirms that the center-right “has nothing to do with the far-right components that exist in other countries, while in Italy they are fortunately irrelevant because there is a large democratic right. Our presence – I repeat – is a guarantee of our vocation democratic, pro-European and Atlanticist of the coalition. If this were not the case, we would not be able to be part of it “.

Speaking of the conflict between Moscow and Kiev, Berlusconi said that “the war was unleashed by Russia, violating international law and the sovereignty of a country. This led us to be on the side of Ukraine, of the policies of the Italian government. , of Europe, of NATO, of the United States “. The force leader continues explaining that “in the past I had hoped it was possible to build a different relationship with Russia, I remember that in Pratica di Mare in 2002 – with the full consent of our Western allies – the NATO-Russia agreement was reached on my initiative. which put an end to over 50 years of Cold War and nuclear terror “(LIVE UPDATES ON THE RUSSIA-UKRAINE CONFLICT).

“I was hoping that Moscow could be a reliable partner”

“I was hoping – Berlusconi added – that Russia could be a reliable partner of the West in facing the great challenges of the 21st century, starting with Chinese expansionism. What is happening in these days in the Taiwan Strait demonstrates how current and the danger that arises from the policies of the communist government in Beijing is serious. However, this hope belongs to the past, which is why I said I am disappointed. I continue to hope like any reasonable person in a negotiated peace as soon as possible, but of course this cannot happen at the expense of the freedom of the Ukrainian people, “he adds.

Close the Italian taps of Russian gas before Russia does it? “Of course – explains Berlusconi – provided that in the meantime the conditions for alternative supplies have been created. That regasifiers and waste-to-energy plants have been built. That we invested in renewable energy. That research on clean nuclear power is at least restarted. Then we can put an end to an addiction that is giving us obvious problems “.