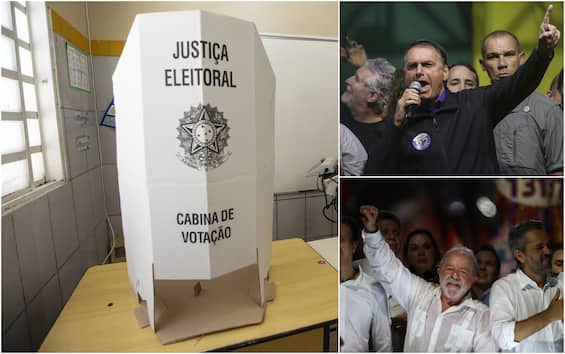 The electoral appointment to which more than 156 million Brazilians are called today, 2 October, is double. The country votes both for the presidential elections – there are 11 candidates, but the challenge is actually a duel between the incumbent president, Jair Bolsonaro, and former head of state Luiz Inácio Lula da Silva – and for the renewal of the Congress. Elections are also held for the governors and legislative bodies of the 27 territories that make up Brazil. In the event that no name in the running for the positions of head of state and governor reaches 50% plus one of the votes, the vote would return on Sunday 30 October.

The challenge for the presidential elections

For the first time, Brazilians will vote with the electronic voting system: the results of the presidential elections could arrive within hours of the closing of the polls. The climate is tense. For months, Bolsonaro has been doubting this method of voting and has already launched preventive accusations of possible fraud. At the moment – according to a poll by the IPEC institute – to win, with 51% of the votes, could be Lula, an expression of the left in clear opposition to Bolsonaro’s right (which should receive about 37% of the votes). However, it is not certain that Lula gets 51% of the preferences. In Brazil, only valid votes are counted and the hypothesized margin of error is two points: Lula could therefore stop at 49%, while Bolsonaro would rise to 39%. In this case it would go to the ballot. Among the other candidates there are also former minister Ciro Gomes and senator Simone Tebet, but neither of them – as well as all the other names in the running – seems to have the numbers in the polls to constitute an alternative to the two main challengers. The next head of state will take office on January 1, 2023.

In Brazil, voting is mandatory for literate citizens of majority age and full legal capacity. On the other hand, it is optional for those between 16 and 18 years old – it is estimated that 2,042,817 young people will vote for the first time this year – and for those over 70. Those who do not express their preference risk being sanctioned with a fine. In the country, elections are always held on the first Sunday in October.