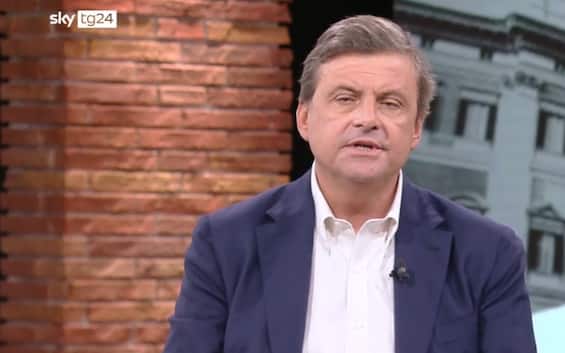 For the Action leader, voting for Meloni “means being isolated internationally, not being in the control room that manages quantitative easing, being placed in a condition of extreme isolation”. Attack also on Bonino: “Are you going with the Pd? Contrary to what he preached”

Action leader Carlo Calenda, host of Sky TG24, attacks the center-right on the breezy change to the PNRR calling it “ridiculous” and also criticizes former ally Emma Bonino, head of + Europe. “When they told me that he was running for the Senate – Calenda said on Bonino – I thought he was running on the lists of his party, not of the Democratic Party. All his life he told me that the radicals hated ‘left-wing employees’, personality that the PCI was a candidate on its lists but that did not belong to the PCI. I hope it is a fake news: how does Bonino run for the proportional list under the Democratic Party having a party called Più Europa? What does the party close? fake news “(TOWARDS THE ELECTIONS, ALL UPDATES LIVE).

“Change the Pnrr? A ridiculous “

Change the Pnrr? “It can only be done in the presence of impeding conditions. It is not that it can be done because Salvini wants to abolish Fornero or make 25. This thing here is ridiculous. To the Italians I say: you have heard Berlusconi offer dentures, Salvini do the flat tax, Meloni say Italy first of all against Europe, how will it go about talking about the PNRR in Europe? We will do things seriously “, said Calenda. Who did not fail to attack “Berlusconi, Salvini, Cinque Stelle and Fratoianni” because “they blew up Draghi while he was fighting over the gas price cap in Europe. Now businesses and citizens will pay. Regasification ships must be built in Piombino. A those who say they are dangerous, I reply that Barcelona has it too “.

Calenda to Bonino: “Continue to support the chaos of the left coalition”

Calenda then continued on the criticisms of Bonino, underlining that he is “happy to make a comparison with her. We built a piece of the road together, after which I didn’t understand it anymore, it continued to support the chaos of the left coalition: they don’t have a program to govern, they have 4 programs “. The exponent of the Third Pole specified: “This is contrary to everything that Bonino has preached over the years. But with her, I don’t think having her in Parliament is bad. I hope you stop insulting, because I don’t answer because my parents taught me that you don’t respond to insults, especially when a lady does them. “Then she provocatively added:” To Emma Bonino I say that if she ran for the Democratic Party perhaps it is appropriate to close + Europe. If the leader of one party is a candidate on the lists of another party, I imagine that this party will not stand for election, otherwise it is really a mockery of the electorate “.

“Melons can cause disaster for Italy”

The leader of Action also focused on Giorgia Meloni, head of the Brothers of Italy, a party that polls give as the winner in the next political elections on 25 September. “If people voted Meloni and not the flame – he explained – they would not have put the flame in the symbol. So why did they put it? The reality is that Meloni’s relationship with fascism is very equivocal, but the theme is not the return. to fascism, but anarchy. ”Calenda then underlined that voting FdI“ means being isolated internationally, blowing up the PNRR, not being in the control room that manages quantitative easing, being placed in a condition of extreme isolation. For a country that thrives on made in Italy and European financial protection it is serious “. Calenda specified that he was the only leader in Italy “which he said ‘good’ at Meloni. The problem is that two days later she put the symbol of a fascist party in his symbol of her. I tell Meloni: abroad they don’t talk so much about fascism, but they take it very seriously. If you have a fascist symbol in your logo they won’t shake your hand, because fascism is considered taboo. I advise Meloni to be very attentive to the disaster it can cause to Italy, by not clarifying this position “.