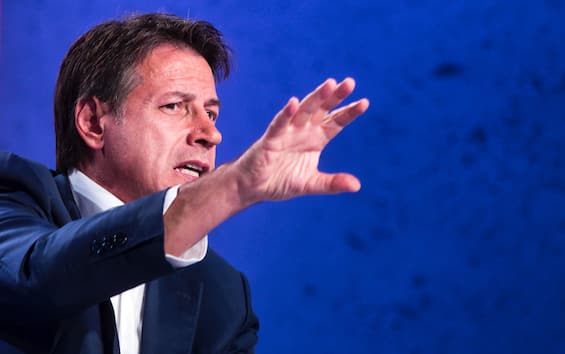 The leader of the M5S guest half an hour more opens up to the idea of ​​working with other political forces, but adds that “the agreement with the Democratic Party has left a negative impact”. On the “list” of the 15: “We needed to guarantee a minimum of continuity, experience and novelty”. And of Giorgia Meloni he says: “I don’t think the government is a danger to democracy”

“In politics, thinking of governing alone, I hope so, is unlikely. A prospect of working tomorrow with other political forces such as the Democratic Party may be there “. To say it, guest half an hour more, is the leader of the 5 Star Movement Giuseppe Conte, specifying however that “the disappointments that have matured make us even more prudent and uncompromising. From now on we will sit at a table with clearer conditions than in the past, declining even higher and more ambitious political principles and we will not give in on anything ”. And he adds: “I do not think that the Meloni in the government is a danger to democracy” (ELECTIONS: THE UPDATES-THE SPECIAL-THE VIDEOS).

“The agreement with the Democratic Party has left negative aftermath”

However, says Conte, “the agreement with the Democratic Party has left a negative impact. After having worked in Conte II with a political force that wanted to make a change with respect to its own past, convinced that it was progressive, we found ourselves disoriented “.” The Democratic Party – he adds – has embraced the Draghi agenda. We have seen him shy on some pillars of Count II and absolutely contradictory on other pillars, such as the incinerator “.

Conte then talks about the so-called “list” of 15 for the lists: “We were leaving the application of the double mandate rule, we had a strong turnover. We needed to guarantee a minimum of continuity and experience and also news from civil society. I take responsibility for the proposal of these 15 figures. We will present lists that are a quarter of the children of that list, and three quarters come from parliamentarians. It seems to me a good mix. “Then he observes:” They say that Appendino and Patuanelli are ‘very loyal to Conte’. They are quite loyal to the Movement. “And he concludes:” The 5-star Movement and I are victims of a conventio ad excludendum, they did not invite us to the Rimini meeting. It is clear that we are an uncomfortable political force. There are contexts in which it becomes uncomfortable for the leader of the 5-star movement to participate. “

Conte then, on the leader of the Brothers of Italy Giorgia Meloni, says: “When I read Meloni’s program I consider it for the most part inadequate. As an Italian citizen, before being a politician, I believe that some solutions are bizarre. However, I do not believe that Meloni in the government is a danger to democracy. We have an adequate system of checks and balances. “

Finally, Conte observes: “I do not think that, with the next government, we will have major problems of international positioning. I must say that I am the only leader who has not bothered to go to Washington to say that I am good and good ”.