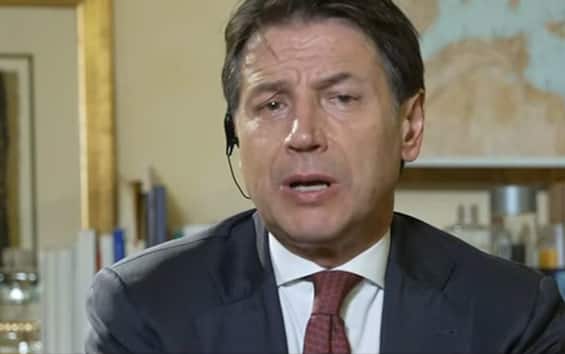 The leader of the 5 Star Movement was a guest of Casa Italia, the program conducted by Fabio Vitale and dedicated to the vote on 25 September for the renewal of Parliament. Several themes have been discussed. On the energy crisis, Conte said: “This emergency requires a common European reaction”. On alliances: “We proudly go alone”. On the M5S: “We have had an important evolution”. And again: “Positive GDP is due to the Superbonus”

Giuseppe Conte, leader of the 5 Star Movement, was a guest of Casa Italia, the Sky TG24 program conducted by Fabio Vitale and dedicated to the vote on 25 September for the renewal of the Parliament (TOWARDS THE VOTE: THE SPECIAL OF SKY TG24 – ALL VIDEO – LIVE NEWS – THE TEST TO UNDERSTAND WHO TO VOTE). Also present were the journalists Agnese Pini and Ferruccio De Bortoli. several topics have been discussed. On the energy crisis and expensive energy, Conte said: “This emergency requires a common European reaction”. On alliances: “We proudly go alone”. On the M5S: “We have had an important evolution”. And again: “Positive GDP is due to the Superbonus”.

At the opening, Conte dedicated a thought to Queen Elizabeth, who died in the afternoon (LIVE UPDATES). I met her in 2019 at Buckingham Palace. This monarchy of his is characterized not only by the temporal extension, but also by a sense of great dignity, authority, dedication with which he played this role. She has always remained in tune, much loved by her fellow citizens, ”said the leader of the M5S.

On today’s move by ECB President Christine Lagarde, who raised interest rates by 0.75 points, Conte commented: “The increase in the cost of money raises some perplexities.” “Positive note is the anti-speculation shield: the ECB makes a great contribution to preserve the single European market and the very fragile balance of the economic system at this time”, she added. “We had denounced the downward spiral in recent months and had pressed the government for a strong European reaction at the level of the Energy Recovery Fund, a common European public debt, a common purchase plan, common stocks and even a price cap. Because it is clear that such an emergency requires a joint reaction ”, she added. And again: “Aid is insufficient, a European reaction was needed – not from individual states – and the European partners needed to be nailed to a common strategy”.

“Positive GDP is still due to the Superbonus”

Another topic touched upon is that of the Dl Aid. “The M5S has not blocked aid to families and businesses,” Conte said. Then we talked about the Superbonus. “The positive GDP is still due to the Superbonus”, underlined the leader of the M5S. And he pitted some numbers on the “110% bonus: 28 billion investment, for a total return of over 12 billion, plus 630 thousand new employees in the construction and related sectors”.

On alliances: “We proudly go alone”

Conte also spoke about the alliance issue. “For us the clarity and coherence of the political proposal are fundamental – he explained -. We never married piles and election signs. I have always spoken not of strategic alliances but of dialogue, because for us political objectives are a priority. For us it is essential to respect our values ​​and principles. The Democratic Party, with the opportunist choice to embrace the wide field, preferred others to us, made a wrong calculation on our consensus judged to be in decline. We proudly go alone. We will never agree to compromise on the downside. Going alone makes us stronger, as the growth trends show ”. Conte then added: “If citizens no longer come to vote today, it is because the political forces indicate reforms that are often very vague but in reality they are asking for a blank mandate. We don’t do this ”. “We are confident that we have the numbers to do it on our own, if it is not possible we will evaluate whether the conditions exist to pursue our political objectives indicated to the citizens with some formula of government, but we are not willing to pile up”, he reiterated again.

On the M5S: “We have had an important evolution”

In another passage, Conte spoke of the 5 Star Movement: “We have had an important evolution, a new course”. On the upcoming elections: “Pagnoncelli’s polls now give us 14.8%, one elaborated by Luiss at 16.8%, but if I didn’t get down before” for the negative ones “now I am not excited, the important thing is that the citizens can express confidence in our battles. We have achieved 80% of the 2018 program and we are now presenting ourselves with a program that we want to achieve “. Finally, on Beppe Grillo: “We hear from each other all the time, but I don’t think we will have a direct participation from him on stage in this phase of the electoral campaign”.