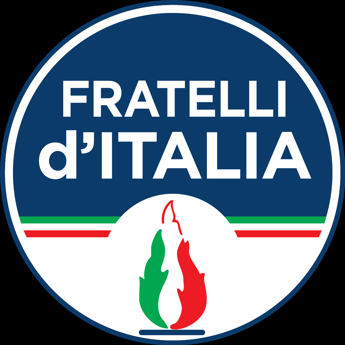 “The MSI had it as a symbol since September 1947: only on 31 August 1957 the body was transferred to the family tomb in Predappio”

In politics, symbols matter, so much so that one hundred years after the March on Rome, the flame that burns in the symbol of the Brothers of Italy, accused by the center-left parties of being the one that burns on Mussolini’s tomb, ignites the electoral campaign. “It is an objective problem”, says Enrico Letta. “It seems to me that Meloni has distanced itself from fascism. But it would be better to remove it”, says the leader of Action Calenda. One of the leading experts in the history of the right, Adalberto Baldoni, resolves the controversy in one fell swoop, according to whom the flame contained in the Fdi symbol has nothing to do with Mussolini’s tomb in Predappio. “There is bad faith. The Social Movement, founded on December 26, 1946, had in fact the tricolor flame as a symbol from September 1947, shortly before the municipal elections of Caserta and Rome – he explains to Adnkronos – While the body of Benito Mussolini, found between 22 and 23 April 1946 in the Milanese cemetery of Musocco, at camp 16, only on 31 August 1957 following requests for the burial of the widow, Rachele Guidi, was transferred to the family tomb in Predappio by decision of the then Prime Minister, Adone Zoli.


Baldoni in fact recalls that “after the discovery, which took place thanks to Domenico Leccisi who located the grave in which the Duce was buried following the instructions of a German soldier, the bones of Mussolini were in fact brought to Mauro Rana’s villa in Madesimo and then hidden 25 August 1946 at the convent of the Capuchin friars of Cerro Maggiore, where they remained until 30 August 1957 “.

The dates therefore invalidate any hypothesis of a consequentiality between the burning flame on the tomb of Predappio and that in the symbol of the MSI: “It is all documented also by the newspapers of the time, starting with Corriere della Sera, so it is absolutely pretext to speak of a link between the origin of the symbol and Mussolini “.

“The symbol of the flame – he remembers – was born in 1947 at the suggestion of a mutilated person in the Second World War, not a fighter from the republic of Salò, to Giorgio Almirante, met at the MSI headquarters in Corso Vittorio in the days when we spoke of the need to equip the party with a symbol. Almirante picked up the idea and commissioned a draftsman, Emilio Maria Avitabile, to design the sketch. Thus was born the tricolor flame, preserved by Meloni in historical continuity with the MSI, a party voted in Parliament “.

“I can’t understand – concludes the historian – why these fantasies emerge only now and not in 2012 at the birth of Fdi, founded by Crosetto, Meloni and La Russa who was, in addition to one of the exponents of the Social Movement, also Minister of Defense of the Republic . How come this story of the symbol was not pulled then? It’s just electoral propaganda They have no more weapons. Let’s talk about the programs. Why do they cling to fascism? “. (by Roberta Lanzara)