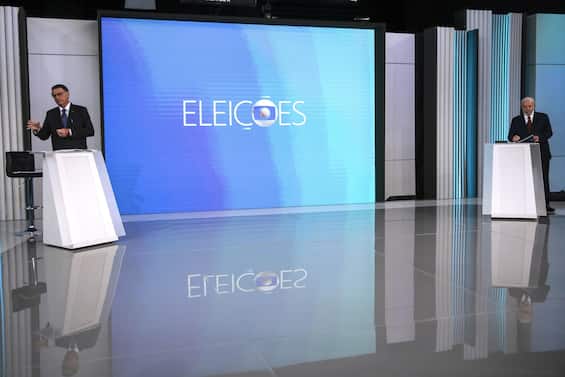 The last – and very tense – face to face on TV between the right-wing president, Jair Bolsonaro (Pl), and the left-wing leader Luiz Inácio Lula da Silva (PT) was held during the night before Sunday’s run-off for the elections in Brazil. The first to speak was Bolsonaro, who chose to address the opponent on the subject of the minimum wage, announcing that in the event of re-election he will raise it up to 1,400 reais. The former left-wing president retorted that during Bolsonaro’s 4-year rule the minimum wage was not adjusted for inflation, and therefore there was no real increase. Meanwhile, the latest survey by the Datafolha institute indicates a 6-point advantage of Lula over Bolsonaro.

During the confrontation there were several offenses between the two candidates. Bolsonaro called the opponent a “thief”, while the latter responded by calling him a “deranged”. “You have made Brazil a more isolated country than Cuba”, he then attacked Lula. Bolsonaro’s reply that he linked the governments of the political opponent to the dictatorships of Latin America and recalled the works financed by the PT governments in other countries.

Overall, it was a “tense and aggressive debate from the first minute to the end with no surprises”, commented the observers. According to political analysts, few proposals for the future of the country emerged from the debate, and a close exchange of back and forth that probably confused voters. Lula appeared prepared, with dry and precise answers, without losing control in the face of the provocations of Bolsonaro, often engaged in long monologues.

The shadow of the corruption scandal extends to Bolsonaro

And on the outgoing president there is also the shadow of a corruption scandal, highlighted by some foreign newspapers, according to which he is financing the electoral campaign with public means, relying on the earnings of the “secret budget”, or the black fund of the government , which amounts to about one-fifth of the entire discretionary spending budget, over which there is little or no oversight once delivered to lawmakers.