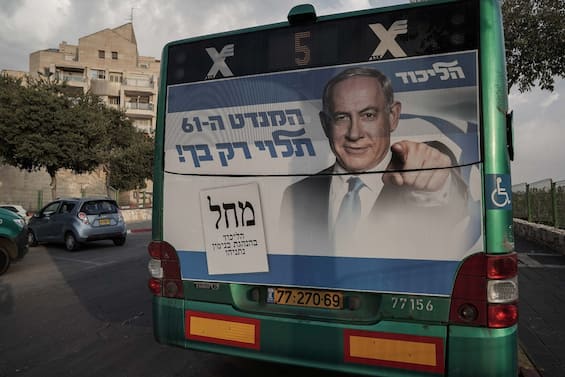 Israel returns to the polls after a year of “Government of Change”, which united the center of Yair Lapid with the religious Right of Naftali Bennet in an anti-Netanyahu coalition. Voters will be called upon to choose the 120 representatives of the Knesset, the single-chamber parliament, in a context of strong political instability. Former President Benyamin Netanyahu is the favorite, but he will struggle to put together a majority.

Three blocs will clash in these legislative elections: that of former premier Benjamin Netanyahu allied with the national-religious extreme right; the center of Yair Lapid, outgoing premier, and the center-right front headed by former general Benny Gantz. Labor of the Avodà and the left of Meretz are struggling. In the last three years, the country has gone to the vote 5 times. Lapid’s latest government experiment and Naftali Bennet’s religious Right was also ephemeral. Against this backdrop of strong political instability, Benyamin Netanyahu is back on the scene, who is in the lead, despite the pending trials for fraud and corruption.

According to the latest polls, two scenarios are outlined: parity between the blocs or a narrow majority for the Likud leader. Netanyahu’s right-wing front, according to data released by Kan TV and Maariv, would have a narrow advantage over Lapid’s “Change” coalition: 60 seats against the competitor’s 56-54. Only a few projections give the former President 61 seats, the number needed to obtain a majority in the House. Analysts are focusing mainly on the vote of Arab-Israeli rightholders. The think tank ‘Israeli democracy Institute’, in contrast with other research companies, expects a turnout of 50%. If such a high estimate were confirmed, many Arab parties, which after the exploit of 2020 come to the appointment divided, could be able to cross the threshold, making the pro-Netanyahu majority more difficult. The parties will have three months to come to an agreement. If they fail, the vote will return to the beginning of 2023, in a climate of strong mistrust of the institutions.