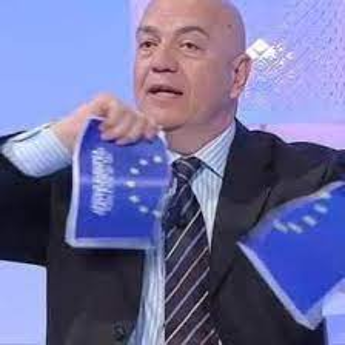 “Fratoianni? He asks for the 5s to save appearance” – “We are something else, in fact we have to collect the signatures”

The Italian Left has given the ok to the electoral agreement with the Democratic Party, but also trying to include the 5 Star Movement. From the Nazarene, however, they specify that the perimeter of the alliances does not change. “Fratoianni must save appearances. I would greet him if once in his life he had a shot of dignity”. Marco Rizzo, PC-Italy Sovereign and Popular, does not mince words in commenting on the game of alliances managed by the secretary of the Democratic Party Letta, an enterprise that he defines as “political misery. They have been talking about seats without an idea of ​​a country for two weeks. . Have you seen Fratoianni’s terrified eyes? – he asks – You can see that his place is at stake “.


“And it is not that Meloni with the center-right are better – he specifies – Everyone voted, from the Fdi leader to Conte for sanctions, the sending of weapons, the war; they have had an impact on foreign policy issues that have a disastrous impact and directed on the Italian economy and society of proportions never seen since the postwar period. And they played and sang it – he urges – by changing the electoral law in May, building it as a tailored suit for all parties from Action di Calenda to Lupi , exempt from collecting signatures. The advice I give him is to make a single party with Meloni, because we are something else. In fact – he stresses – we, unlike them, have to pull up 50 thousand signatures, but we are not afraid; Ours the political alliance is collecting them beyond what the piloted polls foresee. We have been at work for a day and a half and today we have already finished in Bologna “. (by Roberta Lanzara)