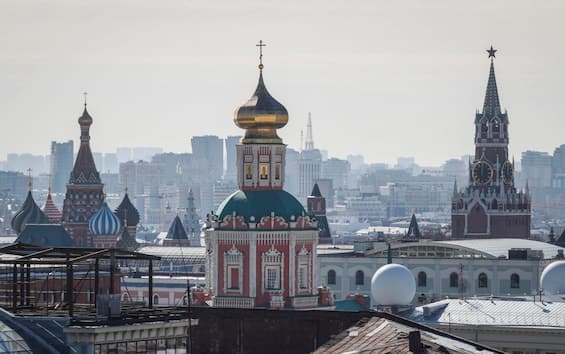 According to the United States, Russia has secretly transferred over $ 300 million since 2014 to foreign political parties, executives and politicians in over twenty countries to exercise its “soft power”. The Democratic Party and the M5S ask for clarity before the vote and hope for the intervention of Copasir. The League, at the first allusions, announces complaints and Salvini adds: “I have never asked for or taken money.” Urso (Copasir president): “We were told that there is no news regarding Italy”

Russia has secretly transferred over $ 300 million since 2014, the year of the Crimean occupation, to foreign political parties, leaders and politicians in over twenty countries to exercise its “soft power”. The alarm was raised by a senior official of the Biden administration on a conference call with Secretary of State Antony Blinken who sent a cable to numerous US embassies and consulates abroad to express American concerns. The issue is also stirring the Italian electoral campaign, in view of the political elections on September 25th. Copasir President Adolfo Urso: “We were told that there is no news concerning Italy” (TOWARDS THE VOTE: THE SKY TG24 SPECIAL – ALL VIDEOS – LIVE NEWS).

The Democratic Party and the M5S, after the revelations of the US State Department, have raised the alarm on the specter of Russia and its influences on politics: we must clarify before the vote, they said. At the first allusions on the League, Matteo Salvini’s party reacted with the announcement of complaints and with the position taken by the secretary: “The only ones who have taken money from Russia in the past are the Communists and some newspapers such as the Republic. I never asked for or took money. “The Northern League, for example, did not like the reasoning of Matteo Ricci, coordinator of the mayors of the Democratic Party, according to which” Russia has been trying to influence elections in the West and in Italy for years. particularly bet on the League “.

Pd and M5S ask for a Copasir investigation

Shortly after, Enrico Letta also intervened, who had already said at the end of August that he considered “Russia definitively part of this electoral campaign”. The dem secretary has now asked “the Italian government to give information and for Copasir to intervene: it is essential that before the elections public opinion knows if there are political parties that have taken positions of support for Russia because they have been paid by Russia itself throughout this operation. ” According to the M5S, a Copasir investigation is also needed. The Movement expressed “some concern that the final part of the electoral campaign could be polluted by external factors”, with leader Giuseppe Conte hoping “that no one will bend a question of national security to sinister political interests”. “I discussed with Undersecretary Franco Gabrielli and we were told that in these dossiers there is no news regarding Italy. We have however agreed to have a meeting with Copasir”, said on Rai 3 Adolfo Urso, president of the Copasir.

Salvini: “I have never asked for or taken money”

The news arrived from the US “does not surprise” Guido Crosetto, co-founder of FdI, “because there was an ancient tradition on their part”, that is, of the Russians. “But – he added in a tweet that was later deleted – I would like to know the names, if any, of any Italian beneficiaries. Because it is high treason”. Commenting on this reflection, his ally Salvini was clear: “I never asked for or took money. They say names and surnames. Did you pay the Democratic Party? If Russia has paid the Democratic Party it is right that we know. The only foreign country. – he added – that in my political activity the United States offered me a paid and expensed trip abroad. I did not go there. Others went there, free to do so “. The leader of Fdi Giorgia Meloni also intervened: “It is important to know if the choices that some make are convinced or in some way influenced by some interest.” And if it turns out that Lega has taken money from Moscow? “I think that will not happen. We have been talking about it for months, but nothing has emerged, “she told Radio 24.

The alarm from the United States

The reactions of Italian politicians came after the revelations of the US State Department. Russia has reportedly transferred over $ 300 million to foreign political parties, leaders and politicians in over twenty countries since 2014. This would be “minimal amounts” compared to what Moscow probably spent on this activity. Furthermore, the Kremlin is preparing to rely more and more on its means of covert influence over the next few months to attempt to undermine international sanctions for the war in Ukraine. In the cable – marked as “sensitive” but not classified – sent by Secretary of State Antony Blinken to numerous US embassies and consulates abroad – many of them in Europe, Africa and South Asia – there are a series of “talking points” that US diplomats will have to raise with host governments about supposed Russian interference. This is declassified information from a US intelligence report. The information does not indicate specific Russian “targets”. However, it is not the first time that US intelligence has denounced a campaign of influence with funding on nationalist, anti-European and far-right parties which represent about 20% of the European Parliament.