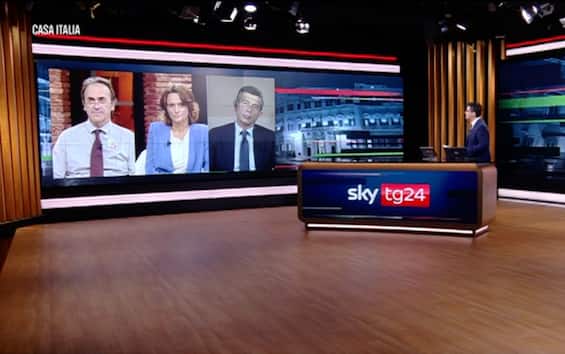 The leader of Europa Verde, the president of Noi conItalia and the Minister for the Family are the guests of Casa Italia, the program conducted by Fabio Vitale and dedicated to the vote on 25 September for the renewal of Parliament

The big gas game is being played in Europe. I agree on this point Angelo Bonelli, leader of Green Europe, Maurizio Lupi, president of Noi con l’Italia, and the Minister for the Family Elena Bonetti (Italia viva-Terzo Polo), guests of Casa Italia, the program of Sky TG24 – which airs from Monday to Friday at 20.30 – hosted by Fabio Vitale and dedicated to the vote on 25 September for the renewal of Parliament. Also on the table are the issues of regasifiers, the roof at the price of gas and extra-profits. (TOWARDS THE VOTE: SKY TG24 SPECIAL – ALL VIDEOS – LIVE NEWS – THE TEST TO UNDERSTAND WHO TO VOTE).

The role of Europe

According to Bonetti, the “big game on gas is in Europe”. “The crisis we face is potentially much more serious than that of the first Covid – says Lupi – Europe must not underestimate it, think that every country can face it on its own. Europe needs to face this new challenge together. On gas, there are unacceptable blackmail from Russia ”. “Europe’s social and political cohesion is at stake, adds Bonelli, explaining that the measures decided by the government“ are absolutely necessary, I think the government did well to show the country a path of responsibility ”.