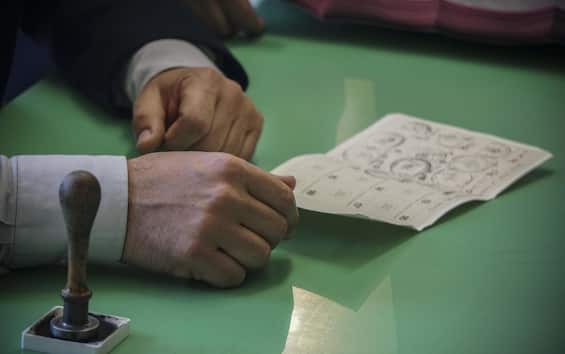 One week after the vote, among those who still do not know what they will do once they arrive in the voting booth – or even are not sure to go there – there are the very young who use the voting card for the first time, but also post-graduate and over 50 According to Euromedia Research, almost 1 in 4 resides in the North East, and 70% of women will deliver blank ballots

There is a week left until the elections on 25 September and, according to the latest available data provided by Quorum / YouTrend on 9 September, the total of those who will not vote and those who are undecided exceed 40%, with an estimate of around 10% of those in the end will present itself at the polling stations (FIND YOUR PARTY: THE SKY TG24 QUIZ – COMPARISON OF THE ELECTORAL PROGRAMS). But who are the undecided?

(THE SPECIAL OF SKY TG24: TOWARDS THE VOTE – ALL THE VIDEOS – CASA ITALIA: INTERVIEWS WITH THE POLITICAL LEADERS – NUMBERS – THE CHALLENGE TO VOTING – LIVE NEWS).

Not just the very young

Among those who have not yet decided, he reports Republic, there are the very young who vote for the first time, but also those who have recently finished university and are facing – in the midst of high energy and with rising inflation – the first working period, perhaps precarious, and research of a first home. However, it is not only young people who are uncertain about what to do: even a number of over 50s have not made a decision. According to the director of YouTrend, Lorenzo Pregliasco, the undecided usually have a medium-low qualification: 46% have at most the middle school and most are unemployed, housewives and students.

Where are the undecided?

“Almost one in four undecided resides in the North East”, explains a Republic the director of Euromedia Research, Alessandra Ghisleri. But “those in the North East are undecided that in the end they will decide: for the most part they will go to the polls” because “it is the productive part of the country, attentive to the power system with which it will then have to work. In large part it believed in Draghi and now it is looking for confirmations. ”And Ghisleri underlines an important data on women:“ We estimate that the blank ballots will be delivered in 70% of cases by electricians. Angry, little involved so far ”.