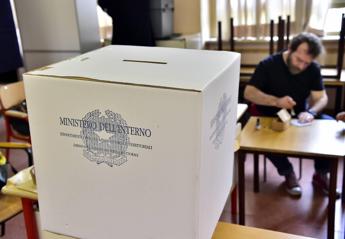 It is not news that the Democratic Party has had its day among some of the workers’ strongholds; rather it is the overtaking of Fdi on the League to move a picture linked to a transformation of work that the left has not been able to represent or intercept. Sesto San Giovanni, the former Stalingrad of Italy, Taranto, Piombino but also Mirafiori and Grugliasco, to name a few: the blue suits abandon the 5 stars and even more the League and prefer the right. This is the analysis offered, conversing with Adnkronos, by some of the major trade unionists, former leaders but also former secretaries of the metalworkers of that manufacturing industry today struggling between inflation and recession.


A new workers right, then? “I would say no. But the most evident thing is that to dictate this vote was the dragging of crises, crises that were never resolved, the state of uncertainty and the precariousness of life: these are the things that have determined the change of pace. I have sociological analyzes to offer but the feeling, which is also the great fault of the left and progressives, is that of never having measured themselves with the growing precariousness of work, indeed at times having even favored it ” says Susanna Camusso, historical secretary general, the first woman to lead the CGIL and today elected from the ranks of the Democratic Party in the Senate, conversing with Adnkronos. But the change in industrial reality has also played its part: “Sesto was a workers’ stronghold but now the composition of the city has changed, the big factories have long since gone”, he notes again. As for the victory of the right between the blue suits of Cgil, Cisl and Uil Camusso, however, he sees nothing ‘structural’.

“On the contrary, if I look at the social program of the right, it seems to me that the workers will not find any of those answers they sought in another vote. In fact, the real problem, the most sensational one, is that the left is missing. There is no credible left, credibly lived by the voters “, continues Camusso, reiterating that the real construction site to be opened is precisely this;” the representation of work, of the weakest and of the poor “.

To point the finger at work and on an inadequate attention of the left to workers too the former Fim secretary, the blue suits of the CISL, Marco Bentivogli, took to the track in this electoral round with the third pole. “There is a problem of representation of work: in fact, the center left and the left have somewhat forgotten that knowing how to speak to the world of work is a necessary condition for representing one’s own social base. Instead, making a left that evokes a list of points and therefore, even when he has opportunities for government, it does not affect the real conditions of the world of work, this backfires him “. It is therefore a problem of strategy and topics with which to deal with a rapidly evolving phenomenon: “you cannot go to factories only during the election campaign”, he says, recalling how the ‘turning point’ to the right of the blue overalls began in the years’ 90 when the workers’ sections began to close.

“The idea of ​​imagining that that role of labor representation could belong only to the unions was the turning point. First it all passed to the Lega, which started from the factories in the North, even small ones, then to the 5 stars, but the The problem is that an ability to understand the transformation of work was also needed “, he explains again, recalling the firepower of the trade unions at the time and the industrial dimensions of that time that have nothing more to do with today: “The Stalingrad of Italy, when Fim Fiom and Uilm were united in the Flm in ’74, had 36 thousand members plus 40 thousand workers distributed in 3-4 factories … beasts of 10 thousand workers each. today the average size of the company is 12 employees “, he concludes.

He prefers to turn to ‘politically correct’, instead, Luigi Angeletti, former Uil general secretary, but even earlier former leader of the blue overalls of the union in via Lucullo. “The problem is that the left speaks of minorities, of problems perceived as minorities. But Italy is made up of employees who work, often underpaid but certainly the first to pay taxes and who therefore do not feel represented: and after the Zan law and jus scholae when will it be the turn to deal with those who pay taxes? “, he tells Adnkronos. So, a new right of the workers? “This is a story that has lasted for years. The League is the first party among the workers since the end of the twentieth century: and this is because it is a party that cares about it and that considers the workers not a category of the spirit but an effective condition” , reply.