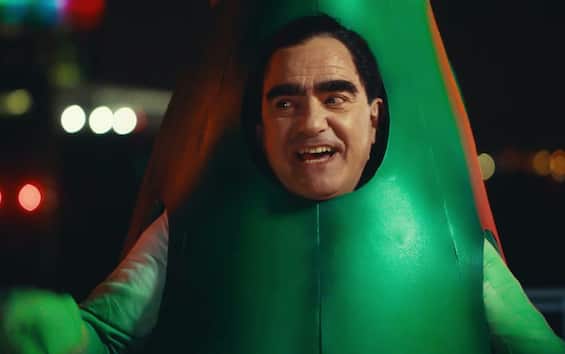 Elio and Le Storie Tese have become the testimonials of a beautiful and good campaign, the one aimed at raising awareness among Italians on the correct recycling of glass.

Promoted by CoReVe (the Glass Recovery Consortium) and signed by the famous advertising agency M&C Saatchi, this new campaign involves the legendary Italian band in a fun and intelligent sport.

“Elio and Le Storie Tese really have a lot of stories about glass to tell… an infinity! Watch our new commercial and discover all the secrets of perfect recycling: if properly differentiated, glass is immortal! ”, Writes the Glass Recovery Consortium on its social accounts to present the special campaign.

Special both because it involves the most irreverent, ingenious, sympathetic and adorable group of the seven local notes and because it has a very noble purpose, that is to urge Italians to do (well) separate collection of glass, a material that – if it is collected correctly – it can be recycled countless times, making this precious raw material something immortal (or almost).

The choice of testimonials fell on Elio and Le Storie Tese not by chance: two years ago the band was the protagonist of another eco-sustainability campaign (as we will see in the next paragraphs) and even then to reveal that this musical group is the spokesperson more suitable to convey an ecological message was a survey on the recycling habits of Italians.

Already the commitment of Elio and his companions in 2020, then linked to paper recycling, was the direct consequence of the survey on who was the best testimonial in our country for messages of this type. And this new commercial once again confirms the results of that poll … Seeing is believing! You can watch the CoReVe spot with Elio and the Tense Stories in the video you find at the bottom of this article.

The new CoReVe commercial by M&C Saatchi portrays Elio, Cesareo and Rocco Tanica as personifications of a bottle of brut, a bottle of perfume and a jar of pickles respectively.

All three are therefore glass vessels. They meet and talk about their new life (taking pleasure in it), remembering their previous “karmas”.

The video also features a crystal glass with the face of another member of the band, namely Faso. He too would like so much to enter that virtuous cycle that is recycling, becoming immortal in this way, however he must resign himself to ending up in the undifferentiated, like ceramics and pyrex.

The addition of Faso in the crystal flut version is not accidental: it refers to the fact that too often the crystal objects are inserted incorrectly in the glass recycling bowl, contaminating the rest of the content which therefore becomes unusable and impossible to recycle. .

A new commitment from the band to support recycling

This is not the first time that Elio and Le Storie Tese have shown themselves to be sensitive to the issue of waste recycling. Already in 2020 they fought for the environmental cause of the virtuous reuse of “good” garbage, the one that can be recycled.

In that case they dealt with paper instead of glass, releasing an unreleased song (complete with a funny video clip, which we show you at the bottom of this article. You can find it just after the commercial on the glass).

The title of the song was “Old cartoon”, a name that surely wanted to wink at the song “Vecchio scarpone” by Calibi-Pinchi-Carlo Donida (performed by Gino Latilla and Giorgio Consolini at the Sanremo 1953 Festival, which finished in third place, ex aequo with “Let me sing a song” by Michele Cozzoli).

In addition to the song “Old Cardboard”, the video that accompanies it is also fundamental for raising awareness of recycling, since the musicians teach how to properly separate paper and cardboard, obviously doing it in their own way: with irony, fun, comedy and genius .

If “Vecchio scarpone” is perhaps the inspiration of the title, the muse of the song itself is “Canzone Intelligente” by Cochi and Renato. On the ska notes, we see a box thrown away by Elio who rebels, reproaching the singer for not having disposed of it correctly. The correct way is to get rid of the duct tape and metal staples, for example.

A song and a video that have made the history of recycling but also of music and comedy, with choirs of boxes and fortune tellers coming out of the bin.
“Cardboard is not beautiful if it is not recycler, polystyrene is not recycled”, here are some of the irresistible lines of the song “Old cardboard”.

To review the correct way to recycle both glass and paper and cardboard, we propose below the new spot dedicated to glass and also the video clip of “Vecchio cardboard”.