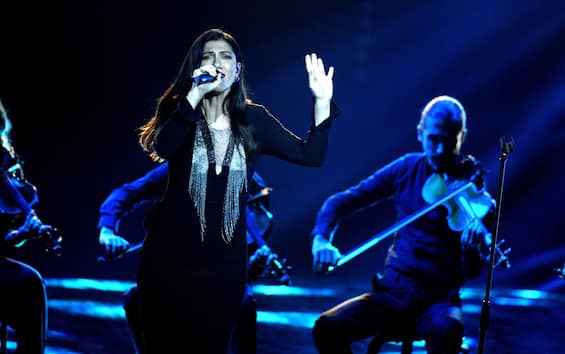 Paroxysmal positional vertigo. It is Elisa herself, with some stories published on her Instagram profile, who explains to fans the reason for postponing the last dates of her “An Intimate Night” tour (THE PRESENTATION OF THE AX FACTOR TOUR). The singer apologized “for not being able to do the concerts in Turin and those in Florence”, originally scheduled for 16, 17, 21 and 22 December. Then, the revelation of the diagnosis: “Something super strange happened to me: I caught paroxysmal positional vertigo”.

The singer-songwriter from Trieste reassured the fans – “fortunately nothing serious” – explaining that several people in her entourage have developed the same problem, which therefore appears to “be viral” and “a kind of virus”. Elisa has made it known that she is already on the road to recovery. After 24 hours in which she “felt like being on an amusement park”, the symptoms – “dizziness and nausea” – are fading. Initially, she added, it was thought to be labyrinthitis. As per the doctor’s order, after a few days of rest, the situation is continuously improving. The singer therefore counts on being ready for the Roman dates of the tour, those of 28 and 29 December.

What is paroxysmal positional vertigo

Paroxysmal positional vertigo, also called canalolithiasis, is one of the most common causes of vertigo, reads the Humanitas website. It is due to a malfunction of the organ of balance, inside the ear. This is why Elisa felt like “being at the amusement park”. This is usually a benign situation, which can be fixed in a short time. The main symptoms are therefore sudden and short-lived dizziness that affects the patient during normal movements, such as bending over or lying down in bed. Often, this is accompanied by nausea, vomiting, tachycardia and cold sweats. For therapy, it is recommended to carry out the so-called “liberating maneuvers”, i.e. make movements with the head to act on the part of the ear involved.