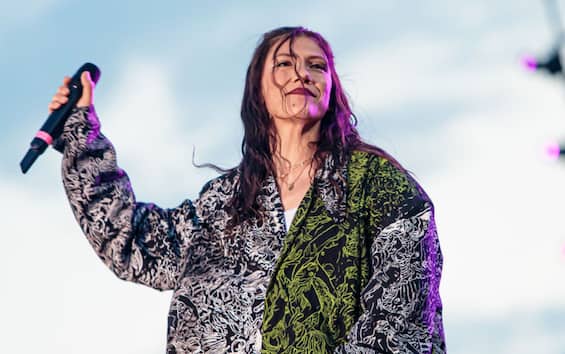 Friday 26th August Elisa back on the radio with Ball in the center (Island Records), the new single with Jovanotti. The song, extracted from the last double album Back to the Future / Back to the Futuresees the artist sing for the first time an unreleased song with Jovanotti, on the masterful production of DRD. Powerful metaphors, full of energy and sunshine, upbeat percussion, hypertrophic keyboards: Ball in the center it is a sonic explosion and a new crossover born from an enthralling beat and from Elisa’s original pen with incisive grafts by Jovanotti. “Take your eyes off the screen / Take a turn wider / It’s not how many times I’m wrong / It’s the ones I get up / And it’s not where I’m from, it’s where I’m going / … Ball in the center“. Ball in the center with its pulsating rhythm it gives listening to four minutes of pure endorphin.

And awaiting her return to the radio, Elisa continues to drag the public with her new great summer live project linked to the environment. Starting from Verona with Heroes Festival – 5 days of entertainment and awareness of green issues – il Back to the Future Live Tour continues his journey throughout Italy between music, entertainment and nature. Among the next stops also the three dates in Milan, at the Castello Sforzesco (11, 12 and 14 September), and the three Rome, at the Cavea Auditorium Parco della Musica (21, 23 and 24 September). All the info for the live on friendsandpartners.it.