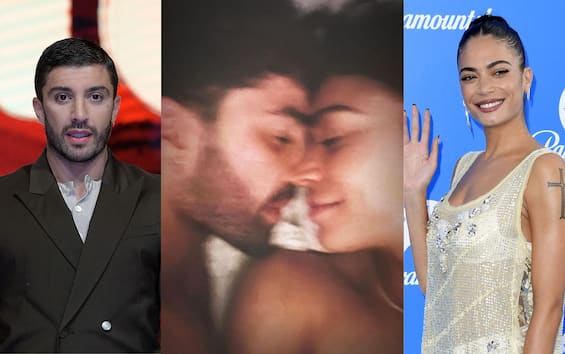 Elodie and Andrea Iannone they are more and more in love. To indicate that the relationship between the singer and actress and the pilot is proceeding swimmingly, a photo published by the artist herself among the Instagram stories: a shot of her together with her partner, both undressed, in bed. An image that leaves little room for interpretation.

Elodie and Iannone apparently they started dating this summer. Thanks to a holiday in Sardinia together with friends, including Diletta Leotta, a feeling was born between the two. The last photo posted by the singer, very intimate, shows them smiling and happy under the covers and shows how the passion between the two is skyrocketing. Even the paparazzi often intercepted the new couple around Milan and Lugano, where Iannone lives, but also on vacation in Madrid and Vasto, in Abruzzo, the pilot’s hometown. In short, it seems that the relationship between the two is serious and happy. “Andrea and I have known each other for a month, we are datingit’s a good meeting. We’re fine, we talk a lot, we need to give each other time to get to know each other. It’s all to be discovered” Elodie had declared to Verissimo some time ago. During the interview with Silvia Toffanin, the singer and actress had also admitted that Andrea Iannone “he is a good suitor”.

Elodie and Andrea Iannone, the exes

In the past of Elodie and Andrea Iannone there are important relationships. He had a romance with Belén Rodriguez which was followed by the one, always a lot of talk, with Giulia De Lellis. The pilot was then paparazzi with other women, including Soleil Sorge, but now he seems to have found serenity together with Elodie. The singer, for her part, has long been linked with Marracash. A very important story for her, who declared in an interview: “She’s the person I’ll love the most in my entire life, a next boyfriend will never be worthy of her”. Will she really be like this?