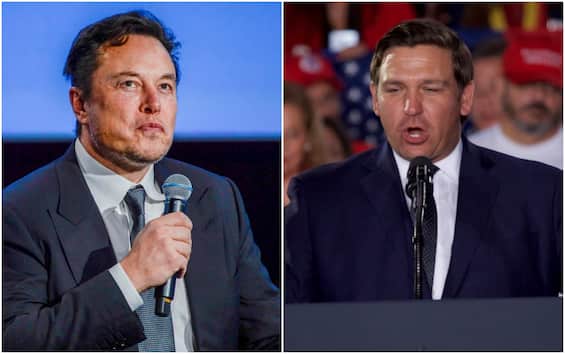 If Republican Florida Governor Ron DeSantis decides to run in the 2024 presidential election, he would have the support of Elon Musk. The multibillionaire on Twitter has in fact answered positively to the question “Will you support Ron DeSantis in 2024, Elon?”. Then, speaking with the American podcaster Liz Wheeler, he did not rule out the possibility of creating his own smartphone.

“Biden let me down”

On Twitter, regarding the upcoming elections, Musk recalled that he actively supported Barack Obama and voted for the current president Joe Biden, but that he was disappointed. “My preference for the 2024 presidency – he wrote – goes to a reasonable and centrist person. I had hoped it would be like this for the Biden administration, but so far I have been disappointed”.

A rival for Apple and Android?

Meanwhile, Musk does not stop and does not exclude – after electric cars, space and social media – the possibility of venturing into the universe of smartphones. Responding to the very famous American podcaster Liz Wheeler, who argued that if “Apple and Android decide to remove Twitter from their apps, Musk would be forced to invent his own smartphone”, the new owner of the social media wrote: “I hope we don’t have to get to that, but if I had no other choice, yes, I would create an alternative phone.” On the other hand, Wheeler points out in her post, “this man builds rockets to go to Mars, what do you want a stupid smartphone to be for him”.