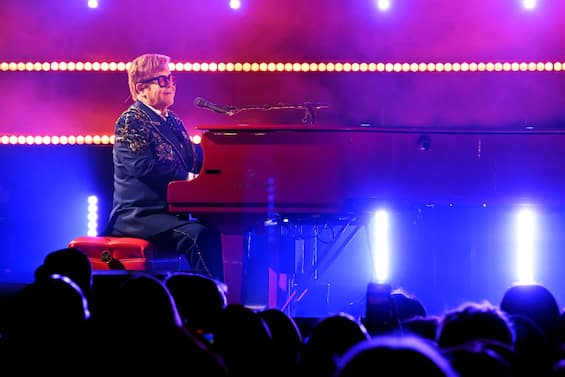 Sir Elton John he prepared a full circle worthy of his great career, in front of an even larger audience than the fifty thousand who will physically fill the legendary Dodger Stadium on November 21st. Thanks to the partnership with Disney+, fans from all over the world will in fact be able to watch their idol’s farewell concerts live from the comfort of their homes. It will be a historic moment, a great three-hour event that no one will want to miss, not even Italian admirers who will be forced to get up early to watch this last live performance by one of the greatest performers of the twentieth century.

Elton John has been planning the closure of this phase of his career for some time now. The last tour, which will close with the date broadcast in streaming, was a world tour that began four years ago now. The Farewell Yellow Brick Road it even started on 8 September 2018, starting from North America and then turning into a continuous coming and going between continents that also touched Canada, Europe and Oceania. The one filmed by the cameras will be the last concert after a series of different dates at Dodger Stadium, a place that for the singer is much more than just a temple of baseball. Here John made one of his most memorable performances, appearing on stage in a glittering version of the Los Angeles Dodgers uniform. It was 1975 and Elton John gave those present a unique show, covering more than three hours of show. The songs in the lineup were then 31, from the opening with Your Song up to an unforgettable moment with the artist singing Don’t let the sun go down on me during a suggestive Californian sunset. Almost half a century later, the pieces to be performed won’t be much less, quite the contrary. The repertoire of that time will also add new warhorses such as Cold Heartthe recent hit remixed by Pnau which demonstrated how much Elton John can still be a reference for today’s pop scene.

With a little help from my friend

Cold Heart it was a peculiar experiment. It can almost be considered a sort of mash-up of various old Elton John hits (such as Rocket Man And Sacrifice), re-proposed in a modern guise and alongside the most influential British pop stars of recent years. Dua Lipa is among the announced guests of the Los Angeles concert and we don’t know if she will limit herself to singing her hit or give us any other surprises. What is certain is that the Albanian-born artist is just one of the friends Elton John called to retrace together the most important steps of his inimitable career. Among the announced presences there are in fact two artists who represented two important moments in the artistic career of Rocket Manhow Kiki Dee And Brandi Carlile. The first duet with him in Don’t Go Breaking My Heart, now almost fifty years ago, definitively helping him to take flight as a pop artist. Brandi Carlile instead met John later but, after becoming her fan at the tender age of eleven, she then managed to become her friend and collaborator. The two have not worked together just a Simple Thingsone of the songs contained in the 2021 album The Lockdown Sessions (from which it was also extracted Cold Heart). In fact, the relationship between John and Carlile goes beyond music, also leading to the development of various charitable initiatives for causes such as the fight against AIDS or support for the LGBTQ+ community.

Let the sun go down on me

The Lockdown Sessionn was a fundamental record, capable of bringing Elton John to the top of the charts as perhaps many no longer believed. With the extract Cold Heart became the first solo artist to achieve a UK Top 10 single in six consecutive decades, adding yet another record to a career in which he can even claim to be the best-selling single ever (Candle in the Wind 1997). However, for those who are between twenty and thirty today, Elton John is also the man who with his songs contributed to the success of a masterpiece such as The Lion King. That Disney-branded cartoon marked the beginning of a fruitful collaboration with the House of Mickey Mouse, which culminates today with the choice to stream right on Disney+ his “most important game” and beyond. Parallel to the concert, subscribers to the service will in fact also be able to see the documentary Goodbye Yellow Brick Road: The Final Elton John Performances and The Years That Made His Legend (directed by her husband David Furnish with RJ Cutler). In presenting this latest project, Disney CEO Bob Chapek paid tribute to the artist, recalling how “Elton’s music has a universal appeal and the ability to connect with viewers on a deeply personal level”. For this reason, perhaps someone in Italy will be ready to wake up even at 4.30 in the morning to greet from afar those who have accompanied a good part of his life in music.