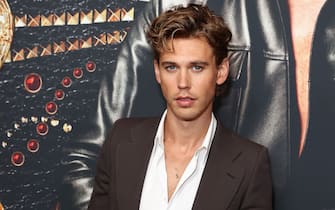 Austin Butler is the protagonist of Elvis, biopic by Baz Luhrmann focusing on the life of the famous rock star who became famous worldwide between the 1950s and 1970s. The Californian actor born in 1991 has positively impressed the Australian director for his singing skills during the castings. Elvis is the first major role for the young actor who has started to tread an author’s set since 2019, from that of Jarmusch to that of Tarantino. Previously he took part in TV series including The Carrie Diaries And The Shannara Chronicles

WATCH THE VIDEO: Elvis by Baz Luhrmann: first Italian clip from the film

Tom Hanks in the film he is Colonel Tom Parker, Elvis’ manager with whom he will entertain a stormy relationship. The man was a controversial and mysterious figure, to whom Presley’s extraordinary fame is linked. Tom Hanks, who has always lent his face to kind characters, did not hesitate to step into the shoes of the burly impresario, a brilliant but also greedy man who, according to some, was also responsible for the end of the career of the music star

“Elvis” arrives in cinemas: curiosities and things to know about Baz Luhrmann’s film

Olivia DeJonge is Priscilla Presley, Elvis’s only wife. The actress is a talented young woman born in Melbourne, already a star of The Visit by M. Night Shyamalan. Horror is also on his resume Better Watch Out and the tv series The Society

Elvis, director Baz Luhrmann confirms that there is a four-hour version

Luke Bracey is Jerry Schilling, manager of many American music talents. The actor is the protagonist of Holidate (2020)

Richard Roxburgh is Vernon Presley, Elvis’ father. The actor appeared in The Crown and in Catherine the Great

David Wenham is Hank Snow, Canadian singer-songwriter. The actor also starred as Faramir in the de saga The Lord of the Rings

Kelvin Harrison Jr. is the interpreter of the legendary BB King. The actor took part in many film productions. Among the recent ones: The Chicago Trial 7 And Cyrano

Elvis, Austin Butler in the backstage of the film turns into the King of rock ‘n’ roll

Dacre Montgomery is Steve Binder. The actor is one of the protagonists of Stranger Things where he plays Billy Hargrove

Kodi Smit-McPhee is the American singer Jimmie Rodgers. The actor was one of the most brilliant interpreters of de The power of the dog