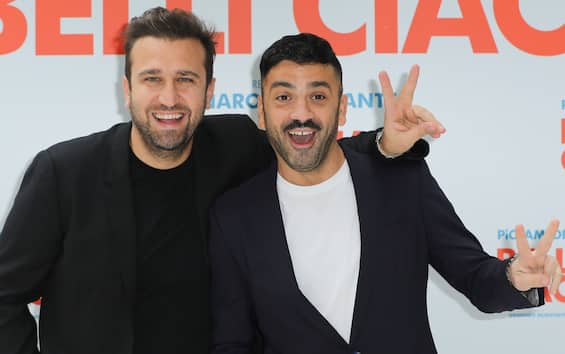 More irreverent than ever, Pio Greco and Amedeo D’Antini will be back on TV from Wednesday 28 September with a new edition of Emigratis, entertainment program promoted for the first time in prime time on Canale5. The Apulian comic duo has kept its verve intact over the years and has decided to re-propose the same scheme and the same dynamics that have allowed the show to become a success, almost a cult pop of Italian television. Also in this new edition, the two have gone around the world in search of VIPs to whom to “scrounge” money and holidays to live the good life for free. In some cases their plan was perfectly successful, in others they were forced to surrender to the reticence of the well-known character on duty, who did not lend themselves to their requests, deliberately exaggerated and out of line.

When will it air, where and guests

After three seasons on Italia1, Emigratis this year he was promoted on Channel 5. Pio and Amedeo have proven to be able to intercept the most demanding public already during their spring show and during the hosted in the various programs of the network. Contrary to politically correct at all costs and eager to break all molds, Pio and Amedeo enjoy embarrassing their guests with jokes and questions that no one else would ask, without any awe. And it is precisely the chutzpah, real or presumed, of the two to break through the hearts of viewers, to entertain and to demonstrate that comedy can still be done and that you can still have fun with simple gags, not sought after and even thought about the moment. . The first guests will be Mahmood, Mike Tyson, Elisabetta Franchi and Ronaldinho.

“Guests usually pay for themselves. We do not. Indeed, it is they who they pay for us”, The two said between the serious and the facetious. More serious, however, because apart from a few cases, like Mike Tyson who, in his home in Miami, “bounced” them, in most cases the VIPs play along and, above all, open their wallet, often leaving them on the table thousands of euros. Pio and Amedeo bring a character to the stage but there is no doubt that a good dose of initiative and courage is really needed to succeed in what they do.