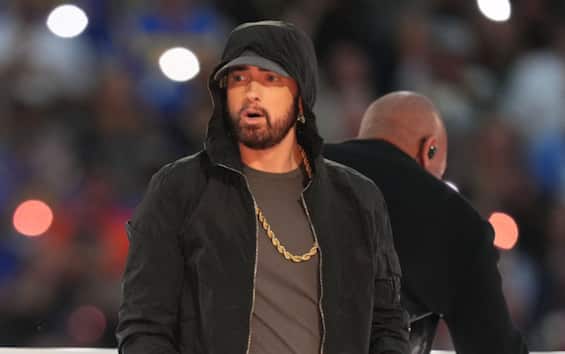 Eminem is coming back. The Detroit rapper is ready to release the new album, a work that celebrates his 17-year career. Curtain Call 2 was released on August 5th. It is the second chapter of the anthology that celebrates the most famous rapper in the world. This is a 24-hit double disc featuring all of Eminem’s most beautiful and important songs which, according to experts and leading music critics, is one of the most comprehensive ever, one of the most extraordinary ever released in the history of music. Many years have passed since 2005 when the rapper’s first collection was published and Eminem has published numerous works in the meantime. With this work he aims to collect his production with the best songs ever to start a new episode of his musical work. Curtain Call’s first release broke many chart records by staying on the charts for 500 weeks on the Billboard 200.

There are 24 songs in the new Eminem collection. The rapper now wants to pull the strings of his career, taking stock of his career with Curtain Call 2 of the last 15 years of his career, which also includes an extraordinary event like the Super Bowl of which Eminem was the undisputed protagonist. The launch of his new project was met with great favor by critics, especially because the selection of tracks was particularly accurate and careful in the search for the most iconic songs that tell the artist’s musical journey over the last few years. In the first album of Curtain Call 2 we find:

In the second disc we find: