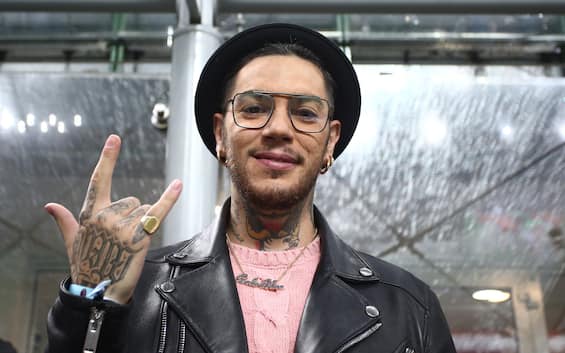 2012 was a turning point for Italian rap. The scene was very lively and one perceived how, behind big names such as Fabri Fibra or the Club Dogo, many new talents were growing. At that time, many mixtapes were coming out, also thanks to the fact that downloading them on the internet had truly become an operation within everyone’s reach, and new rappers or aspiring rappers came out practically every week. In that chaos many are lost but not Emis Killa who, ten years ago, came out of the mixtape dimension to release a real album. The bad grass at the beginning it was almost underestimated by the critics, always inclined to confuse what is new with what is adolescent, but today we can say that Emis’s “words of ice” have not yet melted. Indeed, they are ready to rumble again in a series of concerts celebrating the tenth anniversary of the album.

When Killa arrived in the grown-up world

At the beginning it was supposed to be just a big party to be circumstantiated at a special concert at the Magazzini Generali in Milan. The enthusiasm though that The bad weedhe collects still today has led its author to broaden the range of action, transforming that unique event into a longer happening. In the end there will be eight concerts for the tenth anniversary of Emis Killa’s debut album: one in Parma, one in Rome and six unmissable at the Magazzini Generali, where it all basically began. Emiliano Rudolf Giambelli was born in Vimercate and has always gravitated around the Milanese scene, even before the The bad grasswhen he stood out by participating in the Perfect Techniques and releasing mixtapes as the first chapter of the series Keta Music. The bad grass hadn’t grown overnight and Emis Killa had only taken the leap of his first official record after having already trained in places like Magazzini Generali. Today the artist fondly recalls that period in which, to quote a passage from the album, he definitively got to know “the world of the grown-ups”: “Artists have a period they are particularly fond of. It’s usually the turning point, when your name ends up in everyone’s mouth at any moment, even those who didn’t know you before. My golden age is definitely 2012 and especially this album”. To testify how much The bad grass the scene was shocked by the numbers: it debuted in fifth position in the Italian album charts, remaining in the rankings for over a year, and in the top 20 for the first three months. They weren’t rookie goals and, until a few years earlier, they weren’t generally possible results for an Italian rapper. Emis Killa helped to understand how much the wind was changing.

The bad grass lived on paradoxes. It was a fresh job but inside you found yourself acting as “godparents” to the new artist people like Gué Pequeno, Don Joe, Fabri Fibra and Marracash, artists who still today represent the gotha ​​of the genre and who had understood (unlike someone years before) that pushing young people could only be good for the local rap scene. And yet, despite the important collaborations, Emis Killa’s debut work remained a personal work in which all the idiosyncrasies of a twenty-two year old of the times emerged. “A story of my life, of the difficulties of the path I’m following, complicated and by no means easy, of not giving up in the face of those who want to throw you down”, Emis explained at the time. On the disc there are actually songs that photograph the rapper’s journey up to that period (just think of Like a pit bull), but also mixed with different experiments. In fact, the tracklist also includes the love song (the hit words of ice) and even social satire (the social climbers of Cashwoman). What really made the difference was the variety of themes and styles, in a work that was not afraid to open up to pop. “I, absurdly, experienced more before, as a young man. I immediately gave up the whim of making hits for the radios, judging a talent show, participating in radio programs and then I broke. And so I went back to doing what I really like, but finally being able to turn it into a real job”, Killa told last year Rockol. Now the creative freedom he has earned over the years gives the author of Cult the possibility of doing what he wants, even giving himself eight dates to look back. It’s nice to enjoy what’s left of ten years ago, realizing that the bad weed hasn’t been eradicated yet.