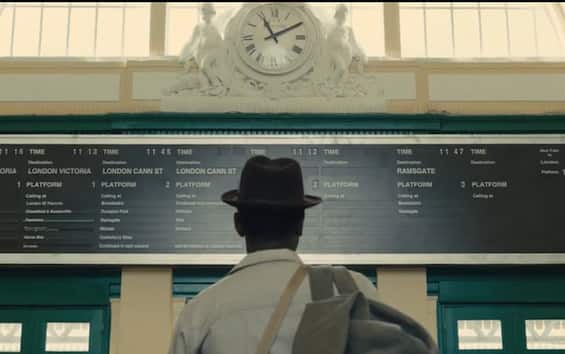 Empire of Light it will be released in a few months, broadcast expected in the first weeks of 2023, but will premiere at the 40th Torino Film Festival at the end of November. And just in view of the presentation in a few weeks, the trailer for the film directed by Sam Mendes has been released, which among others also stars Olivia Colman and Colin Firth. The expectations for this film are very high from the public, given that Sam Mendes is a veteran of the three Oscars obtained with 1917. On Empire of Light the eyes of the whole world are on the horizon and it will certainly not be easy for Mendes to replicate the success of 1917.

The trailer for Empire of Light

The narrator of the trailer is that of Toby Jones, part of the cast as a film projectionist. The warm and enveloping tone transports the viewer into the rarefied atmospheres of other times. Sam Mendes decided to set the film in the 1980s, in what looks like an English seaside resort from the trailer. For this film, Sam Mendes has aimed very high, because he wants to convey to the public what are the very powerful emotions that a film is able to arouse in the public, through a long chain of reflections and meditations made through the protagonists of the film themselves. which become the means to convey the director’s message. From this point of view, photography assumes central importance, as the trailer itself also demonstrates. For the realization of Empire of LightSam Mendes chose to work again with Roger Deakins, with whom he collaborated fruitfully in 1917 And Skyfall.

The plot of Empire of Light

Sam Mendes has decided to break away from the narrative that most often appears in recent films, offering a new point of view to the public on how it is possible to tell about love. He has chosen to do it through the emotions of the films, through all that a film is able to arouse in those who stop to look at it carefully. Much of the meaning of Sam Mendes’ film is encapsulated in monologue Toby Jones’s initial on what light and dark represent, two equivalent sides of the same coin when it comes to film projections: “If I shoot the film at 24 frames per second, I create an illusion of movement, an illusion of life. So you don’t see the darkness. Out there, you only see a ray of light. And nothing happens without light ”.