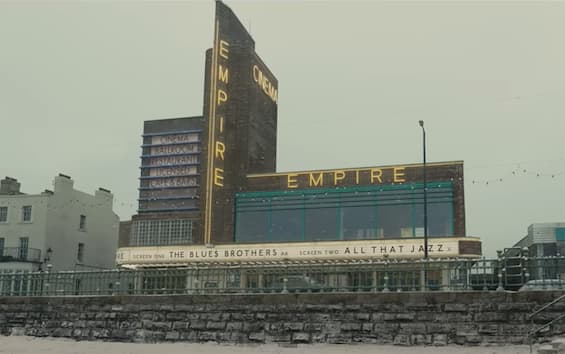 The expectation grows for Empire of Lightthe new film by Sam Mendes, which will have a place of honor at the next BFI London Film Festival, although the world premiere of the film will already be in September, during the Toronto Film Festival. The first teaser trailer of the film has been released, which will see the light in Italy on February 23, 2023, while in the United States it will be released on December 9. There are still many months before we can appreciate the work done by the Oscar-winning director but already from the first images that have been released it is easy to understand what was the goal of Sam Mendes in the making of this film, which is perhaps his most mature film. , different in content and meaning than all those created so far. In this film, however, Sam Mendes not only took care of the direction but also the writing and production, managing to have maximum control over every aspect of the film.

The trailer for Empire of Light

Sam Mendes wanted the teaser trailer for Empire of Light gave from the beginning knowledge of what the meaning of this film wants to be: a hymn of love to the cinema. And here, then, that in the first frames of the short clip the curtain opens on a large screen. And the narrator pronounces his first word which can only be one: film. The message is immediate, strong and reaches everyone in seconds. But although Empire of Light both a real one love declaration in the cinema, in reality the story develops on another track, which is the sentimental one. “Movie. They are nothing more than static frames, with darkness dividing them. But there is a small defect in your optic nerve. If I show you the film at 24 frames per second, it creates an illusion of movement. An illusion of life. Then you will not see the darkness. Over there, you see a ray of light. Nothing happens if there is no light, ”says the narrator of the film in the trailer. The first impact with the trailer is exciting and engaging, sensations that have nothing to do with those that Sam Mendes gave to the public with the two films on James Bond, Skyfall And Specter. But they are also completely different from what viewers have experienced with the masterpiece American Beautywhich first catapulted him into the elite of the greatest contemporary directors.

The plot of Empire of Light

Sam Mendes set the plot of his film in the Eighties, in a small and characteristic English village. The stories of its protagonists have cinema as the background of their development. The narrator will be the great protagonist of this film: it will be the voice of the narrator off-screen Toby Jones, a projectionist, who as such will have a fundamental role in the film. Along with him, the cast boasts the likes of Olivia Colman, Michael Ward and Colin Firth.