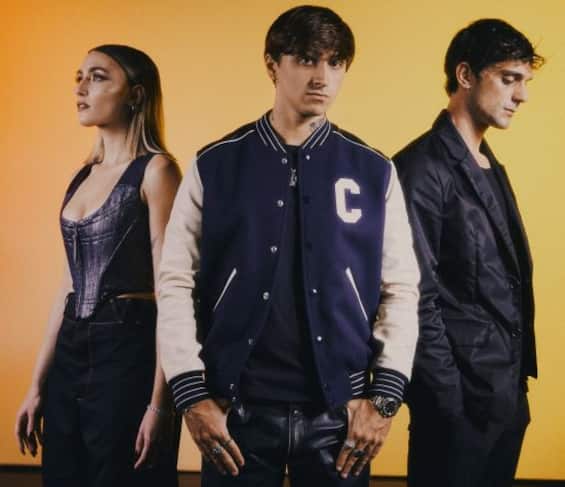 After the success of his first album “X2”, already proclaimed 5th best-selling album of the first half of this year, Sick Luke is back with a new single, together with Mara Sattei and Bresh: here is “VUOTO DENTRO”, a stand alone single from the pop sounds in which you can hear the stylistic code of each of the three artists in a combination of lights and shadows perfectly calibrated by the production of a true champion and enfant prodige by Sick Luke, confirming his talent as a producer of great versatility and taste.

“VUOTO DENTRO”, pop sounds and the union of three artists

Sick Luke says: “VUOTO DENTRO” is a song in which I played mostly with guitars, synthesizers and semi-trap drums, and which continues the wave started with my album “X2”. We started working on “this single during a session with Mara, in Milan. As soon as I heard the chorus he wrote, we knew Bresh would be perfect for the piece and the intuition was right. Mara and Bresh play great together! “.

Mara Sattei on “emptiness inside”: a song that I care a lot about

“I really care about this piece, which tells a very particular period of my life. Its melancholy and at times introspective part drags you into a magical dimension that really knows how to make you enter into a journey”, says Mara Sattei, who continues sharing the great harmony which led to the writing of the song: “We were in the studio, me and Sick, and as soon as I heard the beat I fell in love with it and so the next day I wrote the verse and the chorus. Then, comparing ourselves, we both thought about Bresh, who immediately accepted very happy. The nice thing is that there was a 360 degree care for every detail of the song. Bresh and I, for example, worked and wrote the final special together and with Sick there was a continuous exchange and comparison, like a real team. I’m very happy to have collaborated with the guys and I really hope that this song reaches everyone “.

Bresh: This single has a modern and innovative sound

“This piece stands out immediately for the innovative and modern sounds created by Luke and for the great vocal line of Mara. Collaborating with two artists like them is a great satisfaction for me, I respect them a lot and I believe that each of us has given to others a little bit of their world, embracing the different influences of each “says Bresh