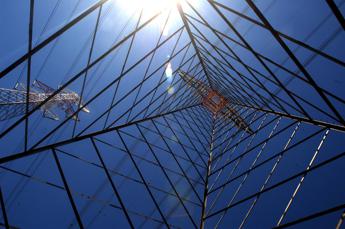 “With an awaited and important decision regarding what has already been sanctioned by the Italian Antitrust Authority regarding abusive conduct by dominant companies towards competitors and consumers in the free energy market, the Court of Justice of the EU authoritatively reiterated yesterday that, when it loses the legal monopoly it previously held on a market, a dominant firm must refrain, throughout the liberalization phase, from resorting to the means available to it under its previous status (and for this reason they are not available to its competitors) in order to unduly maintain a dominant position on the liberalized market “, AIGET announced in a press release.


In particular, the Court, notes the Italian Association of Energy Wholesalers and Traders, indicated that in the specific case “if the referring court were to find that, in the contested decision, the Agcm has sufficiently demonstrated that the way in which the Sen requested the consent of its customers to receive offers was distorted in order to favor the companies of the Enel group to the detriment of its competitors, the existence of such a distortion would exclude the possibility of believing that the difference in the amount of information contained in the lists intended to Ee and in the lists intended for competitors was due to the fact that the performances on the free market were better for the companies of the Enel group or to the attractiveness of the Enel brand. (…) Such behavior could certainly not be adopted by a hypothetical competitor equally efficient, since, due to the position occupied by the Sen on the protected market, following the abolition of the mon legal opoly previously held by the Enel company, no competing company could have a suitable structure to provide such a large amount of personal data of customers in the protected market“.

The Court of Justice of the European Union, notes AIGET, “has also clearly reiterated that, when a dominant position is abused by one or more subsidiaries, belonging to an economic unit, the existence of that unit is sufficient to consider that the parent company is also responsible for such an abuse. The existence of such a unit must be presumed if at the material time at least almost all the capital of those subsidiaries was held, directly or indirectly, by the parent company. In such circumstances, the Italian Antitrust Authority is therefore not required to provide any additional evidence, unless the parent company can demonstrate that, despite the holding of such a percentage of share capital, it did not have the power to define the behavior of the subsidiaries “.

In defense of the remarkable and valuable work done in these years by the Italian Antitrust Authority, concludes AIGET, “the Italian State (Enel’s main shareholder …), the European Commission, also intervened in the trial, the Surveillance Authority of EFTA, Germany and Norway “.