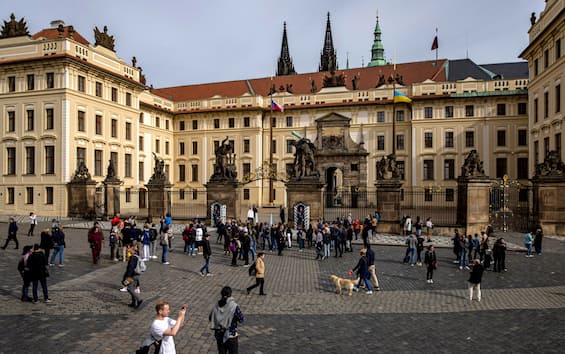 In Prague, today and tomorrow (Thursday 6 and Friday 7 October), the heads of state and government of the EU and Europe meet for two days of meetings organized by the rotating Czech presidency. The first meeting of the European Political Community is scheduled today at the castle: it begins with an opening plenary session from 1pm to 2pm, then round tables until 4pm, bilateral meetings until 7pm, and finally the closing plenary session during dinner. There is no written final statement, but a press conference. Tomorrow, however, there is the informal European Council. Energy crisis, measures against high bills, Russian war in Ukraine are the topics on the table (WAR IN UKRAINE: UPDATES IN REAL TIME – THE SPECIAL).

The summit of the countries of the European Political Community

The Summit of the Countries of the European Political Community is in its first edition. It is conceived as a forum for dialogue between the EU and other European countries, with the exception of Russia and Belarus, excluded for the aggression of Moscow in Kiev, with the complicity of Minsk. 44 heads of state and government participate, 27 from the EU and 17 from other countries, from the United Kingdom to Georgia and Ukraine, up to Armenia and Azerbaijan. Also participating is Turkish President Recep Tayyip Erdogan, who leads a country that is formally a candidate for EU membership and that has a part of the territory on the European continent. Round tables are planned on two topics: energy and climate on the one hand and security on the other. No written conclusions are expected, but a press conference is expected to take place after dinner and the location of the next CPE meeting will be announced.

The next day, Friday 7 October, the EU heads of state and government will return to the Prague castle for the informal European Council, at 27. On the leaders’ table, also in this case, there will be two themes: energy and support to Ukraine. President Zelensky should intervene remotely, like the day before. The leaders will discuss how to continue to support Kiev, both militarily and financially, “in a sustainable way in the coming months”, also in view of October 25, when a conference on post-war reconstruction of Ukraine is scheduled. The other theme on the table is that of energy, to which a reflection on the state of the economy will be linked. No decisions are expected, as this is an informal summit, nor conclusions. German Chancellor Olaf Scholz is likely to give a few more explanations on the € 200 billion plan his government announced last Thursday to support households and businesses struggling with skyrocketing bills.

Meanwhile, a few hours after the summit, the President of the European Commission Ursula von der Leyen put on the table of EU leaders a new package of proposals to respond together to the serious crisis in energy prices. Great absent, once again, a design for the roof at the generalized price on all gas imports, requested by Italy, France, and thirteen other capitals. Instead, you have proposed a ceiling on the price of gas used to produce electricity, in order to reduce the cost of bills. Among other measures, gas price cap negotiated with suppliers, intra-EU price cap, new index alternative to Tff, extra funds, reform of the electricity market, joint purchases.