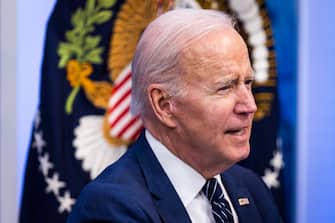 The European Union they United States have reached a agreement to significantly increase the imports in Europe of liquefied natural gas (Gnl) in order to reduce addiction from Russian gas. They announced it Joe Biden and Ursula von der Leyen

The European Union meets for new sanctions in Moscow. The energy dossier is stalled

On March 22 the Italian government has officially given the task to Snam “For trading and buying one of the regasification vessels and for the rental of one second unit“, says the Minister of Ecological Transition, Roberto Cingolani, in a statement to the Chamber

War in Ukraine, Putin only wants rubles for Russian gas: reactions and what changes

From nuclear to green, the West’s plans to replace Russian energy

“Floating units – underlines the minister – have the advantage that they can be used as long as they are needed and removed at any time. permanent infrastructure but they can make a huge contribution to energy autonomy from Russia”

Increased gas and electricity bills, the best offers to save

The two ships, reports the Messengercould be positioned at Piombino and Ravennato supply the industry of Northern Italy, or to Augusta in Sicily. They should welcome the gas that will arrive from the United States and Qatar

“The critical aspect is to arrive on time to contract the few existing ships“. But in addition to being few, the ships on the market have a capacity that on average does not exceed 5 billion cubic meters

The rest of the capacity could come from a strengthening of the three regasifficators already present on the Italian territory, a Livorno, Rovigo and Panigaglia

Thanks to his interconnections with European networkslike the stream that comes in from Gries Pass and that can be reversed, Italy is in one favorable situation to place oneself in the European plan as main hub to bring the gas to other countries

With a increased production of American gas and oil and funds to Europe for the construction of new LNG plants, even the countries most dependent on Russian gas, such as Italy and Germany, they would be able to emancipate from Moscow