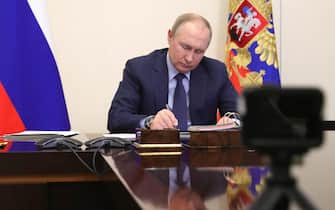 The large dependence of the European Union on Russian gas is one of the reasons why it will be difficult to impose a energy embargo against Russia in response to the conflict in Ukraine. As the German Economy Minister Christian Lindner underlined in recent days “at the moment it is not possible to cut supplies”, but within the bloc there are those who can afford to do so and will not suffer the consequences of Moscow’s retaliation.

WATCH THE VIDEO: Cingolani: no critical issues without Russian gas in the coming months

The country everyone looks to now is there Lithuania. Thanks to its energy policies, the small Baltic nation has become an example for European countries that seek to distance themselves from Russia for energy supplies with the aim of becoming, over time, less blackmailed by Moscow. The Lithuanian premier Ingrida Simonyte (pictured) in fact announced that Lithuania “will no longer consume a single cubic centimeter of Russian toxic gas” and that it will refuse the import of gas from Russia, the first EU country to do so. Latvia and Estonia followed his example

As reported Euractiv, it was not a bluff. Amber Grid, the operator that operates the gas transmission, showed that on 2 April the import of Russian gas for Lithuania’s needs was equivalent to 0 MWh. President Gitanas Nauseda (pictured) said the country’s politics are of him replicable in the rest of Europe and, above all, that this result is due to the decisions taken years ago that today “allow us to breaking energy ties with the aggressor without any pain ”

The main decision Nausėda is referring to is to invest in a liquefied natural gas terminal. According to an article by EuObserver of 2014 – the year in which the terminal was inaugurated in the country – the terminal was ordered in 2011 and arrived in the city of Klaipeda on October 27, 2014, “a very opportune moment” given that in that year Russia had invaded there Crimea

The EuObserver article: Lithuania sees energy independence with the arrival of the terminal

Not surprisingly, the then president Dalia Grybauskaite said that it was a “strategic geopolitical project“Given the” existential threat “that Russian supplies represented for the country, and that the terminal would have meant that no” country would dictate gas prices or buy [loro] political will “. The hopes that Lithuania has placed in this structure over the years are also represented by the name of the terminal: “Independence”

Unlike natural gas, liquefied gas can be transported at sea and therefore allows the country that imports it to diversify its sources of supply. Always EuObserverfor example, reported that at the time the Lithuanian company had signed a five-year contract with Norwegian Statoil to import 540 million cubic meters of gas starting from 2015

Energy, from regasification plants to US LNG: the EU plan to become independent from Russian gas

As an article in the specialized magazine explains Fdi Intelligencethe floating storage and regasification unit of Klaipeda, receives gas from countries such asAustralia they United States through particular cisterns and the converts to other fuels. The product is then distributed to a regional network

Over the years, Lithuania has become truly independent, but according to reports Tomorrowthe very existence of this unity would have resulted Gazprom to offer Russian gas to Vilnius at lower prices. Proposal that the country has accepted, but by signing only short-term contracts. Quoting the operator who manages the terminal, Euractiv reports that today three freighters containing liquefied gas reach it every month. The country can also count on Latviawhich has gas reserves stored underground

According to Reuters, some of the gas arriving in Lithuania is actually Russian. However, the country would only allocate it toKaliningrad enclavewhich is why it is unscathed from President Vladimir Putin’s request to pay for supplies in rubles. “Under the circumstances, Russian requests become insignificant, because Lithuania is no longer ordering gas and does not expect to make other payments,” explained the Ministry of Energy.

To break free from dependence on Russian energy supplies, the Parliament of Lithuania (Seimas) has also approved a package of laws for the development of offshore wind energy in the Baltic Sea and gave the green light for the construction of the first plant of this type

Katja Yafimava, senior research fellow at the Oxford Institute for Energy Studies cited by New York Timesdoes not believe that Italy or Germany can follow Vilnius policies as easily as they are more dependent on Russian gas as well as bound by long-term contracts. Other observers have pointed out that Lithuania is a state with an economy not comparable to that of other member countries. However, his choices show that she prepared in time to a certain scenario and for this it has not paid the consequences

The NYT article: Lithuania says it has blocked the import of Russian gas