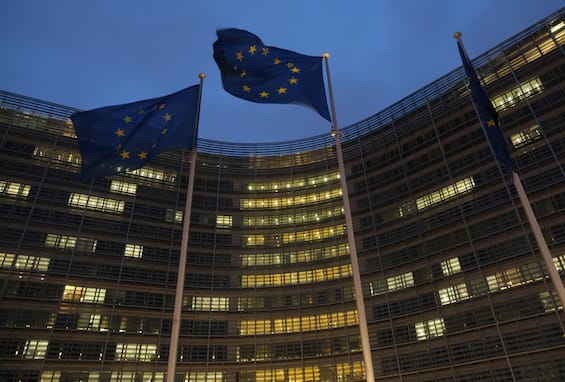 A new point of friction between the various Member States and even within the Commission is added to the tensions on the price cap on gas and the 200 billion shield announced by Berlin: the setting up of an ad hoc fund, on the Sure model, to cope to the price boom. But there is an agreement on the PNRR

The proposal for a new common debt instrument launched by European commissioners Paolo Gentiloni (Economy) and Thierry Breton (Internal Market), based on the Sure model (the 100 billion euro loan package created by the Commission to finance layoffs during Covid ), splits the European Union. Opinions differ not only between states but also within the same commission. Among others, Italy and France are focusing on the new fund for the energy crisis. But at the moment it appears very far away: Palazzo Berlaymont is skeptical, Germany and the Netherlands have already raised a wall. The meeting of finance ministers in Luxembourg ended as it began: with a Europe that cannot find an agreement on the energy front.

“It is a question that must be discussed, there are different points of view”, said the vice president of the European executive, Valdis Dombrovskis, traditionally always very attentive to the stability of public accounts. “The editorials are personal initiatives of the competent commissioners, they do not bind the Commission”, said Eric Mamer, the spokesman for President Ursula von der Leyen who nevertheless recalled how the president herself, in her speech in Sofia at the inauguration of the gas pipeline between Greece and Bulgaria, recalled the need for “European solutions that protect the Internal Market”. A censorship of the German 200 billion euro maxi plan also to shake off the accusation of being too pro-Berlin in its European policies.

Gentiloni: “We need a high level of solidarity”

“The point is not to criticize any state but to find the possibility to take further steps. If we want to avoid fragmentation we need a high level of solidarity, and we need to put in place some other common instrument. What we did with Sure during the pandemic was an interesting proposal “, Gentiloni insisted on his arrival at the Ecofin meeting in Luxembourg. “I think it is the individual opinion of the two commissioners, it seems to me that it is not the general opinion within the Commission”, cut short the Austrian Minister of Finance, the hawk Magnus Brunner. Meanwhile, Germany continues to defend itself: “Our plan is proportionate to our economy, it is spread over three years and can justify a new use of instruments such as Sure,” said Finance Minister Christian Lindner. “This is a different crisis, it is not a demand shock that should be fed. We are facing a supply shock and in a scenario of high inflation. The tools used during Covid cannot be replicated,” he explained.

However, there was a novelty: the agreement to add a new chapter to the National Recovery and Resilience Plans to obtain the funds of the RePowerUe. An ad hoc voice, all about investments for the energy autonomy of the EU. Repower hinges on 200 billion of residual loans from the EU Next Generation (Italy has already asked for the entire share it was entitled to) and on 20 billion of subsidies. The latter, according to the Commission’s initial scheme, would have been collected from the auctioning of the Ets system allowances. But here the Ecofin has made a change by opting for a combination of sources: the Innovation Fund for 75% and the advance of Ets shares for 25%. However, it has not been clarified how the remaining portion of the 200 billion loans that will not be requested by the States will be managed. Indeed, not all European states need a Sure.