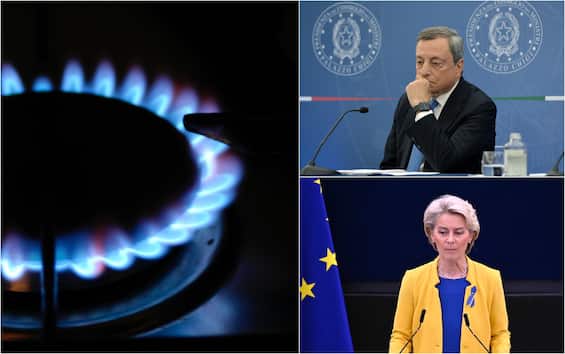 The extraordinary European Council of Energy Ministers will be held today, convened to discuss measures to contain the current crisis. The summit, however, appears destined to start uphill: the ceiling on the cost of importing gas, in the document presented by the EU Commission, is considered too radical and risky, unlike the Russian gas price cap alone. A position that, however, seems not to be enough for Italy: at the Extraordinary Council Rome will not withdraw from its line, which has been shared with 14 other countries, including France.

Yesterday the German government, 24 hours after the European Energy Council, announced a 200 billion ‘shield’ to calm prices in Germany. “We cannot divide ourselves according to the space in our national budgets, we need solidarity”, premier Mario Draghi warned. Words echoed by the declaration of Giorgia Meloni, winner of the elections on 25 September: “No Member State can offer effective and long-term solutions alone in the absence of a common strategy, not even those that appear to be less financially vulnerable”.

The Commission document on the price cap

With a national price cap, that is, on the model of Portugal and Spain, Germany has removed its greatest fear, linked to an EU-wide ceiling: that of energy supply. The Commission, in its informal document, also indicated other risks linked to a generalized ceiling: from the increase in demand to the loss of attractiveness for suppliers, to the lack of that market incentive that now allows the transfer of gas between EU states. For Brussels it is much better to negotiate the price with individual suppliers deemed reliable, leveraging on long-term contracts. In the non-paper, the Commission also proposed a first decoupling of the gas price from the electricity price in view of the market reform announced for the end of the year. The document, in fact, refers to the setting of a maximum ceiling on the price of gas in the production of electricity at a level that contributes to lowering the prices of electricity.

Draghi: “We must show ourselves compact”

From here to the leaders’ summit in Prague and then to the European Council at the end of October in Brussels, the road to European unity will be uphill. The 15, Italy and France in the lead, will make themselves heard with the aim of increasing their numerical weight, perhaps convincing some Eastern countries also frightened by the supply risk. Germany and Holland remain the real stumbling blocks. “The EU response must reduce costs for families and businesses, and avoid market distortions. We must show solidarity, determination, as in supporting Ukraine”, underlined Draghi.