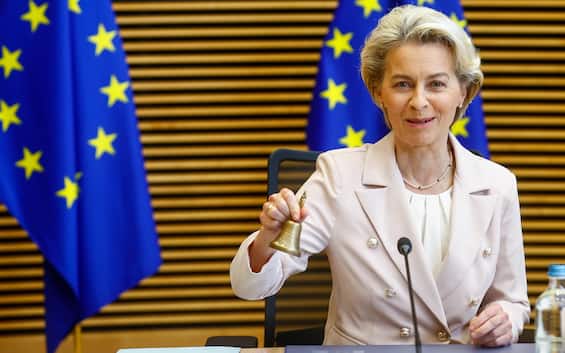 The President of the European Commission Ursula von der Leyen spoke at the Strategic Forum in Bled, Slovenia, which this year is meeting under the theme ‘The Rule of Power or the Power of Rules?’, Talking about the war in Ukraine and of the energy emergency that is hitting Europe. “We must prepare for a potential total interruption of Russian gas”, specified the German policy, also recalling the measures used by the EU to free itself from the yoke of Moscow. “We are diversifying our suppliers at the speed of light: the supply of gas from sources other than Russia has increased by 31 billion cubic meters since January of this year and this compensates for the Russian cuts. We are also substantially reducing our need for imported gas and for this reason we have asked Member States to reduce gas consumption by 15% “(RUSSIAN-UKRAINE WAR, REAL-TIME NEWS).

“For this reason – continued von der Leyen – we asked the Member States to reduce gas consumption by 15% and to keep it in storage: in this way up to 45 billion cubic meters of natural gas can be saved”. of the Commission added that “the best way to get rid of Russian fossil fuels is to accelerate our transition to green energy sources. Every kilowatt hour of electricity that Europe generates from solar, wind, hydroelectric, biomass from geothermal or green hydrogen makes us less dependent on Russian gas. Today the price of solar and wind energy is cheaper than polluting fossil fuels. This is why, with our RePowerEU initiative, we will invest up to 300 billion euros to accelerate the green shift. ”

“At work on electricity market reform”

In view of the extraordinary council of European energy ministers, scheduled for 9 September, Von der Leyen added that to “put an end to our dependence on Russian fossil fuels is only the first step. electricity is exposing the limits of the current structure of the electricity market, which has been developed for different circumstances. This is why we are working on an emergency intervention and a structural reform of the electricity market “.

“Ukraine must win the war, not Putin”

Speaking about the conflict between Moscow and Kiev, the president of the commission said: “Earlier this year, Russia and China openly declared an ‘unlimited partnership’. And just a few weeks later Russia launched its war against the country. ‘Ukraine. “Von der Leyen specified:” The message could not be more explicit. If we want to preserve fundamental principles, such as self-determination and the inviolability of borders, Putin cannot win this war: Ukraine must win this one. war”.

“Sanctions are causing colossal damage to the Kremlin”

“In the space of a few days and weeks – the president recalled – we approved the most far-reaching sanctions ever implemented. And the sanctions are causing colossal damage to the Kremlin’s ability to wage war, Putin himself admitted. damage will only increase over time, “the president said. “We are doing it for Ukraine and we are doing it to defend our European values. But we are also doing it to demonstrate, to Russia and to the world, that breaking internationally agreed rules has a huge cost. But this effort must be accompanied by a new European strategic thinking “, he continued. “Firstly, in order to defend the rules-based order over time, we must neutralize Russia’s capacity for blackmail and strengthen our capacities for action. Secondly, we must support the democracies most exposed to foreign threats, and I don’t think only to Ukraine, but also to the Western Balkans. And thirdly, we must look beyond, to global geopolitical changes, and use our economic strength to preserve and expand the rules-based global order. “