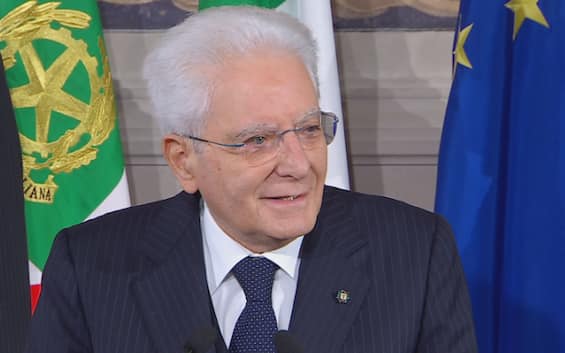 “Enrico Mattei died sixty years ago in a plane crash which bears the shadow of a criminal attack. Mattei was a protagonist in the construction of the Republic”. This was stated by the President of the Republic, Sergio Mattarella, on the occasion of the sixtieth anniversary of the death of Enrico Mattei. “Component of the General Command of the Volunteer Corps of Freedom – says the Head of State – he paraded in Milan with the other commanders at the head of the procession that celebrated, on May 6, 1945, the liberation of the city from Nazi-fascist forces. He was a man of the institutions, elected Member of the Parliament of democratic Italy “.

“Personality symbol of the country’s recovery in production”

“Mattei – continues the head of state – made his experience as an industrial manager available, giving impetus to the reconstruction with a strength and leadership capacity that made him a symbol of the country’s post-war recovery in production. group, which had been entrusted to him to liquidate it, an important tool for the progress of the country and for the definition of a new structure in international relations, overcoming any neo-colonial temptation and aiming at equal dignity among the various actors, promoting and supporting the requests of liberation of peoples. Italy and Eni thus became interpreters of a constructive attitude of support for the decolonization process underway, as in the case of Algeria, for fair agreements in the mutual interest “.

“The idea of ​​collaboration, of which Enrico Mattei was the bearer on the international level – concludes Mattarella -, has brought great benefits to Italy and, at the same time, has helped to allow oil and gas producing countries to escape the condition of minority in which they found themselves. His action contributed to placing Italy at the crossroads of dialogue for peace and cooperation for development. He courageously continued his work, while knowing well which powers and which interests were against him. example and his figure fully belong to the ranks of the builders of the Republic “.