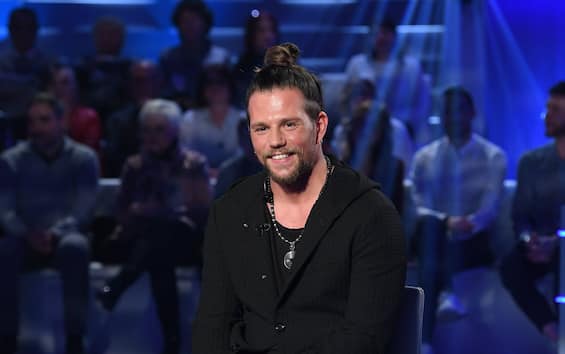 A bit of a surprise for his fans, Enrico Nigiotti has announced that he will soon become a father. But if this news in itself has surprised those who have been following him for years and did not think that the singer was considering starting a family, even more surprising is the fact that Enrico Nigiotti and his partner are expecting twins. As is increasingly the case in these cases, the announcement by the singer was made through social networks with a post that was shared by Nigiotti on his Instagram profile, which was quite popular. Needless to underline the many messages that have been left in the comments under the photo shared by the singer, who has shown himself happier than ever.

Enrico Nigiotti has gained wide popularity by participating in the TV program Friends of Maria De Filippi. He immediately made himself loved by the public for his voice but also for the all-Tuscan sympathy, which betrayed his Livorno origins. But there is another element that has definitely made Nigiotti enter the hearts of viewers: his generosity. In order not to challenge his girlfriend of the time, Elena D’Amario who is now an established dancer all over the world, Nigiotti decided to give up his job to leave it to her, who was still competing for a contract: “I received a contract, this other person does not yet have a dancer contract. So I leave the place to her, I don’t want to challenge her. It has to be like this for me.” Years have passed since Nigiotti made himself known for this outburst of generosity but her big heart has not passed over time and now she will be able to share it, as well as with her partner, also with the two children who grow up inside her. “Everything is counting down to you. While you grow inside mom I’m here as a spectator and I imagine you… I always imagine you! I don’t know what to expect… I don’t know what it will be like and I don’t know what I will be like… I just know that the word “forever” will finally have a real meaning. “Time has no end if you live for someone”. Maso and Duccio, see you soon children”.

Who is Enrico Nigiotti’s partner

Enrico Nigiotti e Julia Diana they have been engaged for about five years. She is a psychologist and a dance teacher originally from Livorno, just like Nigiotti. And it is in the Tuscan city that they met and that Giulia Diana opened a dance school. The two prefer to live away from worldliness, building their lives in the tranquility of Livorno, where their two children will also grow up.