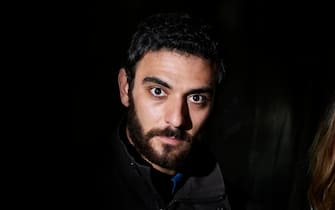 Six new entries, including five Italians, in the film equalizer 3, which is currently being filmed in the center of Naples. The first is Eugenio Mastrandrea, one of the emerging faces of the Italian film school, currently the star of From Scratchbased on the novel of the same name written by Tembi Locke

Daniele Perrone made himself known to the general public with his participation in the film Baaria by Giuseppe Tornatore, which also earned him a nomination for the David di Donatello. He also remembers the part in Everyone at home is finethe Sky series by Gabriele Muccino

Andrea Scarduzio will be one of the protagonists of the next one Mission: Impossible – Dead Reckoning – Part One but in reality he has already made important experiences in cinema and in international seriality

The Equalizer 3, filming finished at the Sanctuary of Santa Maria del Bando in Atrani

Block 181, the cast of the Sky Original tv series. PHOTO

Remo Girone is one of the most experienced Italian actors, who owes his extraordinary success to the 90s TV series The octopus. But there are many works, even recent ones, such as Ford V Ferrari directed by James Mangold, starring Christian Bale and Matt Damon

WATCH VIDEO: What we know about The Equalizer 3

Sonia Ammar is a French-Tunisian actress who conquered the general public in the cinema with the interpretation of Liv McKenzie in the 2022 edition of Screamfilm from Paramount Pictures, directed by Matt Bettinelli-Olpin and Tyler Gillett

The best movies in streaming and in cinemas of November 2022

Denzel Washington is one of the most famous actors on the international scene, who has already starred in the saga of Equalizer, participating in the first and second chapter. In her career she has also won two Academy Awards and three Golden Globes

Gaia Scodellaro is another of the actresses of the Italian block of the film, already confirmed among the protagonists. She gained international attention with her portrayal of her in Promisesdirected by Amanda Sthers

Antoine Fuqua is the director of equalizer 3as well as the previous two chapters. But he owes his international fame mainly to his direction of Training dayblockbuster movie of 2021

The first movie The Equalizer – The avenger was released in 2014. From the first chapter the protagonist is played by Denzel Washington, directed by Antoine Fuqua. The film is an adaptation of the 80’s TV series An avenger in New York (The Equalizer)

In 2018, the sequel was released, entitled The Equalizer 2 – Unforgivable

The Equalizer 2, the cast of the film with Denzel Washington