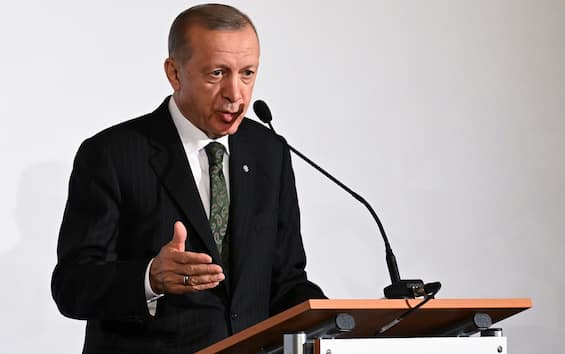 Turkish President Recep Tayyp Erdogan, during a press conference held yesterday on the sidelines of the first summit of the European Political Community in Prague, focusing on the question of Stockholm’s accession to NATO, reiterated: “As long as terrorist organizations demonstrate in Swedish streets and terrorists will be present in their parliament, our approach to the issue will not be positive “. Then he added that he will wait for the new premier to take office – the current one, Magdalena Andersson, has resigned – to speak with the Swedish leaders about the dossier.

Erdogan on the Russia-Ukraine conflict: “Worse peace better than war”

The Turkish leader then focused on the war in Ukraine, underlining that “a just peace has no losers. Even the worst peace is better than war. Turkey talks to all parties and has their trust, unfortunately some European countries prefer provocation and escalation. “Erdogan also claimed to be” the only leader “who can have talks with the Russian president and Volodymyr Zelensky ( FOLLOW THE LIVE UPDATES). Speaking of the European political community, the Turkish president then added that “it is not an alternative to the EU enlargement policy, Turkey will never accept any interruption of its accession talks”.

Erdogan to Putin: ready to seek a peaceful solution

Erdogan also had a telephone conversation with Vladimir Putin today, confirming to the Russian president that Turkey is ready to contribute to the search for a peaceful solution to the Ukrainian conflict: this was announced by the Turkish presidency office, according to Tass reports. The Turkish leader during the phone call “reiterated that he is ready to do his part for the peaceful resolution of the Ukrainian question, in a way that can be an advantage for everyone”, announced the presidential communications office in Ankara.