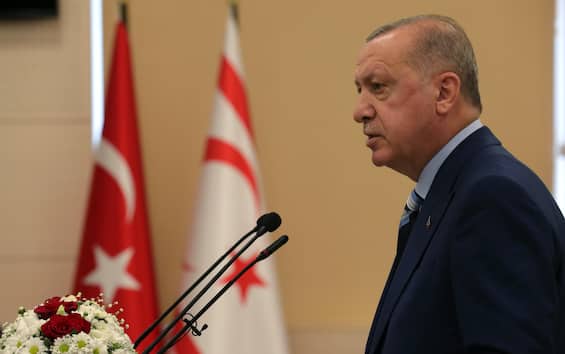 “Europe will face big challenges for natural gas during the winter but we don’t have any problems.” This was reported by Turkish President Recep Tayyip Erdogan during a press conference before leaving for an official visit to the Balkans. “The sanctions against Russia have pushed” Russian President Vladimir “Putin to act in this way, he is obviously using all his means and weapons, and one of his most important cards is natural gas”, he added. then, that Turkey “has no problem with supplying natural gas at the moment”.

The attitude of Europe

According to Erdogan, therefore, the response to the Russian invasion of Ukraine has caused serious energy supply problems for Europe, which is now “reaping what it has sown”. “Europe reap what it sows. I believe that Europe will go through this winter with serious problems”, said the Turkish president according to whom “Europe’s attitude” towards Vladimir Putin, as well as the sanctions against Moscow , prompted the Russian president to “oppose” the blockade and take measures. (RUSSIA – UKRAINE WAR, LIVE NEWS)

“We continue to support the integrity of Bosnia”

“We will once again support the sovereignty and territorial integrity of Bosnia-Herzegovina”, added Erdogan, who will travel to Bosnia in the same day. Later on, there is also a visit to Serbia to meet President Aleksandr Vucic with whom the Turkish president intends to discuss the recent tensions between Belgrade and Pristina. Finally, the final stop of the Balkan tour will be Croatia, where Turkey has great interests in the “tourism, energy and infrastructure” sector, Erdogan reiterated.

The message to Greece

“We could arrive in the night, suddenly.” This is the message of the Turkish president to Greece, continuing to accuse Athens of violations against Ankara. Among other things, Erdogan himself has made it known that the Turkish Defense Minister Hulusi Akar “is in contact with the Secretary General of NATO”, Jens Stoltenberg, about the alleged disturbance of Turkish F-16 fighters, engaged in a mission of the Atlantic Alliance, by the Greek forces. “Greece is aware of this,” Erdogan said.