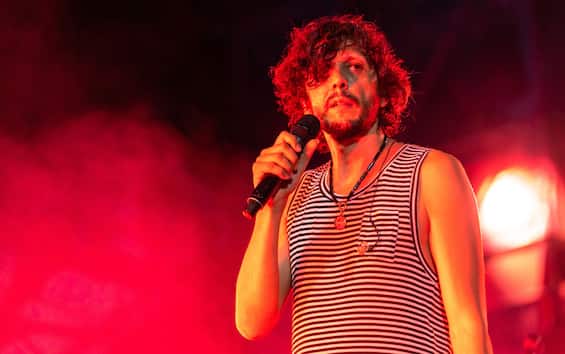 The twenty-fifth edition of the Cous Cous Fest, the international festival of cultural integration scheduled until Sunday 25 September. Tonight 20 September the protagonist will be Ermal Meta with a meeting of words and music.

Tonight 20 September at 9.30 pm Ermal Meta will be on the Palco Spiaggia del Cous Cous Fest of San Vito Lo Capo, where he will present his latest book for the occasion Tomorrow and forever (The ship of Theseus). It will be a talk and music, then a first part dedicated to an interview, in which there will be space to talk about the book, and then a second part of music, in which the singer-songwriter will propose some of his most famous pieces. Following will be the live performances of the two songwriters Eman and Cordio. Admission is free. The Cous Cous Fest is the festival of cultural integration, which every year sees numerous chefs compete in the Couscous World Championship. An event that, since it was born in the late 90s, has embraced not only food and wine but also cultural, musical and entertainment events and offering a qualified schedule of events and activities.

Tomorrow and forever marks the literary debut of Ermal Meta. It is the story of a boy who grows up in Nazi-occupied Albania. A story certainly not autobiographical, but which refers to the songwriter’s country of origin. “I wanted to say something he had to do with my roots, my country of birth. I wanted to give a motivation to those images we have in our eyes, those of the 1991 Albanian exodus ”explained Ermal Meta to Vanity Fair, explaining the reasons that led him to write the book. Tomorrow and forever tells the story of Kajan, who was lucky enough to have a great talent for the piano, but the misfortune of being born during the Second World War, in Albania. In 1943 Kajan lives in the Albanian countryside with his family and with his grandfather Betim. His parents are partisans and are in the mountains a fight against the Nazis. One day a German deserter knocks on their door, seeking refuge. Since the soldier is a skilled pianist, Kajan decides to listen to him and learn from him. And, over time, the bond between the two grows stronger and stronger. At the end of the war, the protagonist’s life seems to be heading towards a bright future, but in Albania dominated by the Communist dictatorship and in Europe split in two by the Cold War, nothing is as it seems.