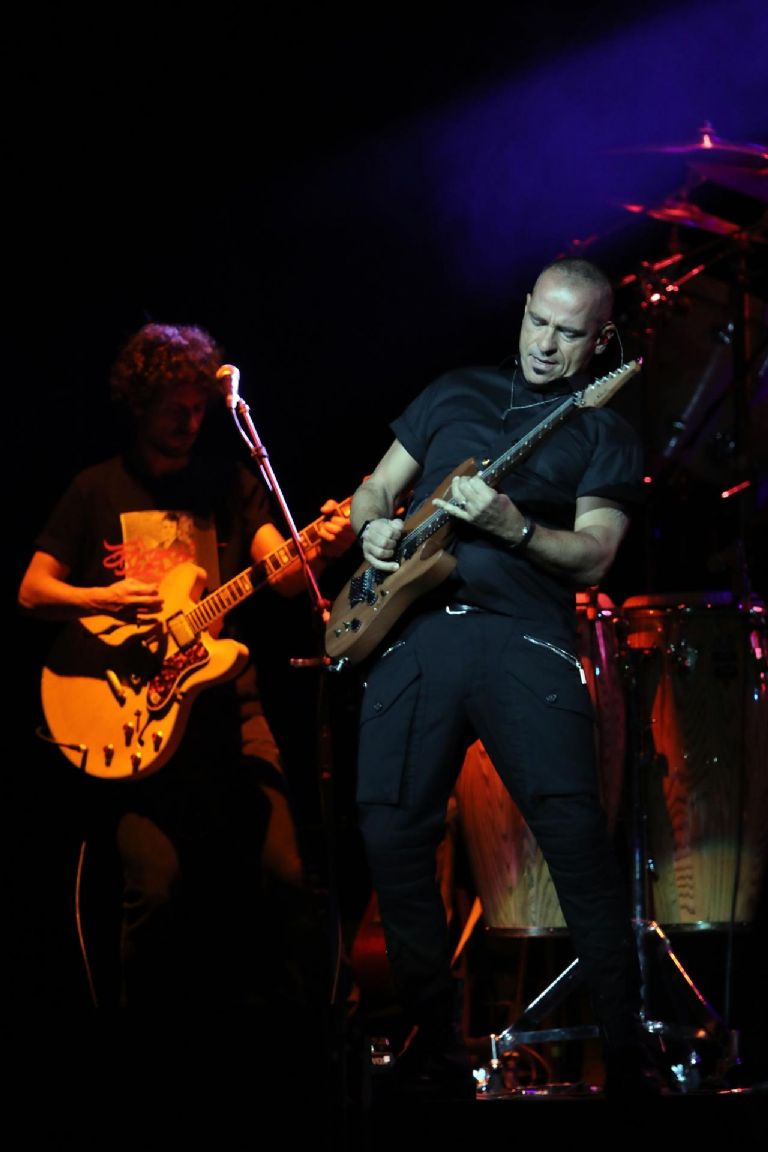 With a more rock spirit and taking a broad tour of his repertoire, the Italian Eros Ramazzotti appeared in Santiago de Chile, leaving his fans with recharged batteries and bringing a show that had everything, even an improvised song with Marcelo Salas.

Eros Ramazzotti in Chile: The show

At 9:08 p.m. the concert started Eros Ramazzotti prepared to show a little of his new album “Infinite Bat”which gives its name to the world tour and then the thousands of people who filled all the available seats at the Movistar Arena began to live a night that was full of passionate and even funny moments.

Interpreting Battito Infinito, he started the setlist that was a delicate and well-chosen compilation of hits from his previous albums, but in a more rock version and with an Eros Ramazzotti who did everything on stage, even getting very angry.

With the Spanish version of “Dove c’è musica” (Where there is music) which gives its name to his seventh studio album, Ramazzotti has already begun to arouse an audience that little by little got up from their seats to get into a proposal that had little of the slowness of the most classic ballads of the nineties, Rather, he opted for a musical proposal loaded with high nuances and instrumental games that were closer to rock than to “slow”.

We were also able to see a Eros Ramazzotti furious. That he at times yelled at his collaborators for something we never found out about. And that even at the end of a song, apparently annoyed that no one took away the electric guitar he had been wearing around his neck to rock out, he ended up throwing it away, very upset.

But that slightly aggressive look was no more than a gesture that faded with the sympathy and generosity that Ramazzotti has with his audience, who rather than worrying laughed at the singer’s outbursts of anger.

The truth is that beyond his anger, he also took the time to make it clear that he is an excellent guitarist and flaunted his skills with the strings.

Perhaps the most incredible moment of the night was when Eros Ramazzotti he invited Marcelo Salas, who was in the front row, to sing with him.

“Come up Marcelo” the singer said at one point and without much insistence the “Matador” did not have to beg and was encouraged to go on stage to sing a little piece of the song “The Aurora”. 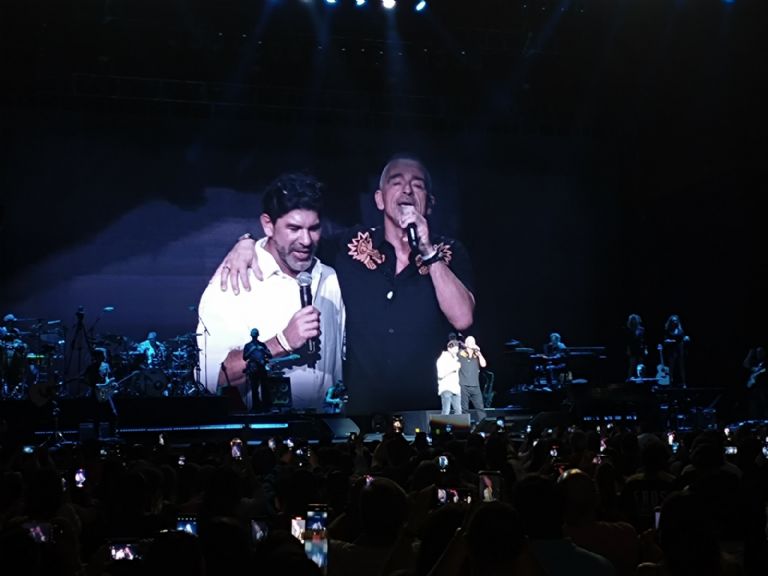 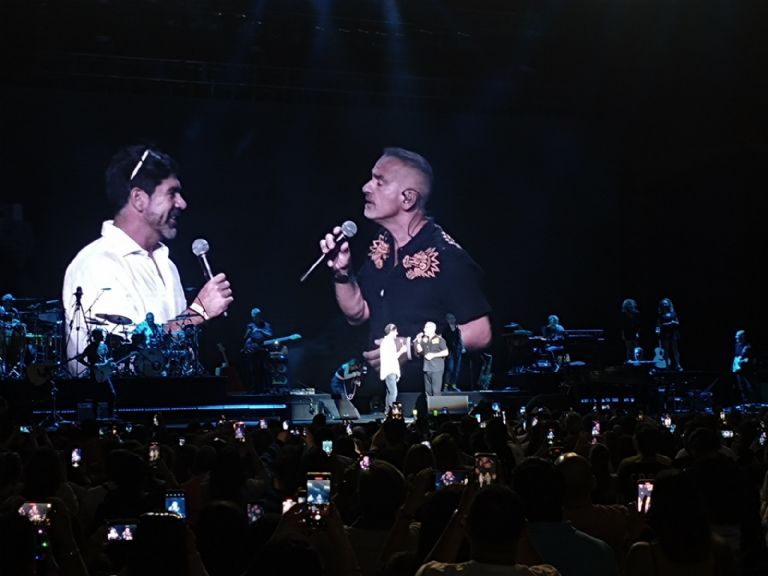 And although we cannot say that Salas is a professional singer, the truth is that he drew applause for his good vibes and for the verses that he was encouraged to interpret together with his musical idol. “He sings better than Zamorano,” said a lady next to me in the audience, making it clear that even for improvisations the comparisons of the Za-Sa duo always return.

The heavy artillery was saved for the end and he released a powerful version of Fuego en el fuego, which was finished with an improvisation together with the audience who sang a Capella generating adorable complicity.

Then he sang “Another like you” Y “Life things”two of the songs that come to mind when one immediately thinks of Eros Ramazzottiand also added a lovely version of “Another like you” which ended up merging with “No Woman No Cry” of Bob Marley.

Then he left for the public to ask for the two more titles and he returned to the stage to interpret “I’ll get married for you” and then close with a powerful interpretation of “Most beautiful thing” which perfectly closed an emotional, pleasant and very coherent concert with the career of Eros Ramazzotti that left the audience, to say the least, surprised and happy.