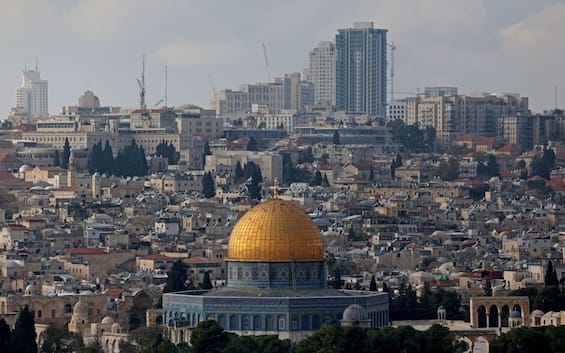 Fears of a new escalation between Israel and Palestine are growing after the announced visit, in the next few days, by the Israeli Minister of National Security, exponent of the radical right, Itamar Ben Gvir on the Esplanade of the Mosques, the Temple Mount for the Jews, in Jerusalem. For Nabil Abu Rudeinah, spokesman for the Palestinian president Abu Mazen, “the repeated threats to change the historic status quo on the al-Aqsa mosque represent a declaration of war with serious consequences for everyone”. “If they are not stopped with serious pressure from the US”, he continued quoted by Wafa, “these dangerous policies of Israel will lead the situation out of control”.

For the Israeli opposition leader – and former premier – Yair Lapid, Ben Gvir’s visit “is a deliberate provocation that will endanger and cost human lives”. Lapid – who was speaking at a meeting of his party – reiterated that “Ben Gvir must not go to the Temple Mount”, before defining Prime Minister Benyamin Netanyahu “weak” and unable “to rein in the minister of extreme right”.

The warning of Hamas and PLO

The PLO and Hamas had already warned Israel. “Ben Gvir’s threat,” Hussein al Sheikh, secretary general of the organization and senior member of the Palestinian National Authority (PNA), wrote on Twitter, “is the culmination of a blatant and shameless challenge that requires a Palestinian, Arab and international, commensurate with this step which should be considered the first of this government and its employment policies”.