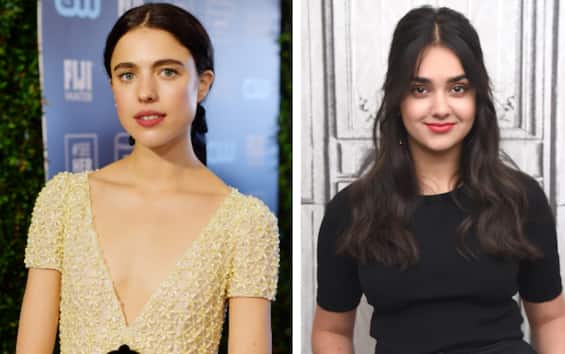 Ethan Coen has chosen the two first women of his first film that he will shoot without his brother Joel: Margaret Qualley and Geraldine Viswanathan will be the protagonists of the first solo rehearsal of the American director, who usually worked in tandem with his brother.

The first is the daughter of Andie MacDowell (with whom she starred in the series Maidon Netflix), while Viswanathan has already worked on it The gallery of broken hearts And Miracle Workers.

At first, Ethan Coen’s film should have been titled “Drive-Away Dykes” but for now the project is reported as having no official title.

What is known about the film

Shooting should begin next fall (some rumors talks about September) but now the director and his production team are still in pre-production, busy completing the cast.

As for the possible release date, they’re not even there rumors in sight, in the sense that it is still so far away that no one is speculating about it yet …
On the other hand, what is almost certain is the couple of protagonists of the film which will be a sort of “lesbian road movie”, as the journalist Mattia Pasquini defines it in an article recently appeared on Ciak Magazine.

What we used to call “Drive-Away Dykes” but today instead we call “the untitled Ethan Coen film”, so to speak, is in the director’s drawer (the drawer shared by him and his wife Tricia Cooke, who collaborates on the project ) for about two decades. They once wanted to entrust the lead role to Holly Hunter, Selma Blaire, Christina Applegate or Chloe Sevigny, as the magazine reports. Ciak.
The choice, however, ended up with Margaret Qualley and Geraldine Viswanathan.
In addition to defining “the untitled Ethan Coen film” (this is ours) as a “lesbian road movie”, Pasquini also calls it “the ‘Coen version’ of Todd Phillips’ Childbirth with Madness with Robert Downey Jr. and Zach Galifianakis” . Which says a lot …

The casting decided by Ethan Coen and his wife Tricia Cooke is very interesting, given that Margaret Qualley and Geraldine Viswanathan are among the most promising new generation of the seventh art of today.

Qualley is the daughter of art as the third child of actress Andie MacDowell and former model Paul Qualley. She recently received a Primetime Emmy nomination for Outstanding Lead Actress (for the series Maid in which he acts with mom). She is the protagonist of the film Stars at Noon of 2022, directed by Claire Denis and premiered on May 25, 2022 in competition at the 75th Cannes Film Festival.
He will appear in the upcoming Toronto Film Festival “Sanctuary” and Yorgos Lanthimos’ “Poor Things”.

Geraldine Viswanathan is instead the star of the film “Hands off our daughters” with John Cena and we will soon see her in the cast of “The Beanie Bubble” with Elizabeth Banks and Zach Galifianakis, and of “Cat Person”, the psychological thriller directed by Susanna Fogel.