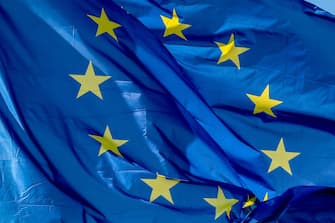 Ukraineon the one hand, the future of defence European on the other, taking into account the plan Defend Eu and the “strategic compass”, that is the path that must strengthen common security, already adopted by the leaders. These were the points at the center of the Foreign Affairs Council of the European Union held yesterday in Brussels

WATCH THE VIDEO: Guerini auditioned at Copasir on sending weapons to Ukraine

The Council, which saw the presence in Brussels of the 27 EU defense ministersreaffirmed “full support for Ukraine” and took stock of supplies of weapons in Kiev, which “will not stop” – stressed the High Representative Josep Borrell (in the picture) – as the Ukrainian forces have demonstrated an extraordinary ability to defend themselves against the Russians and “fight back”

Arms to Ukraine, Draghi and the majority in fibrillation

The Ukrainian Defense Officer was also present at the Council, Oleksii Reznikov (in the picture), and the deputy secretary of the Atlantic Alliance, Mircea Geoana

The occasion led to the launch of theEuropean hub for military innovation (HEDI), which aims to stimulate research and place itself at the center of both European institutions and member countries for coordinate investments

White phosphorus weapons: what they are and why they are prohibited

The report of theEuropean Defense Agency (EDA) delivered to ministers serves as a basis for intervention and, according to what is learned, the establishment of a ad hoc fund to give the there a investments Europeans in the field of defense and, above all, to establish joint procurement in the purchase of armaments

“From 2009 onwards in Europe there has been a real one disarmament silentequal to 160 billion of euro “, explained Borrell, also responsible for the defense dossier, who reiterated that it is not so much” to spend more “, but spend “better and together”thus reducing duplication and waste

War in Ukraine, the assumptions of experts on the outcome of the conflict

The Commission proposal foresees then three key steps: in the short term fill the warehouses after aid to Ukraine, also with EU co-financing; in the middle increase “capabilities”, with the facilitation of joint purchases on projects developed together; in the long run instead “reinforce and modernize”

According to what some sources note, in fact, “60% of military orders” EU goes to non-European companies, precisely due to the lack of a production base. Furthermore, it must be clearly established on what needs to be invested, establishing priorities

At the moment the various plans drawn up by the EU agencies are little interconnected and therefore “everything is a priority”. In summary: more claritymore schedules, investments for European companies e acquisitions common. Also because there will soon be a need to replace the Soviet legacy of armaments in many EU countries