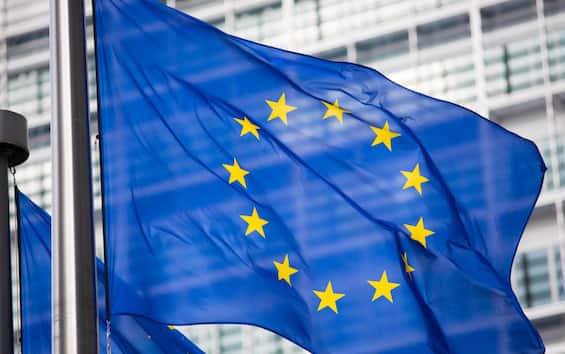 Today, 31 December, the six-month presidency of the Czech Republic within the Council of the European Union ends. After the start of the mandate on 1 July, six sensitive months come to an end in which various crises were managed, from the war in Ukraine to the energy and economic crisis. Starting tomorrow, 1 January, the presidency will pass to Sweden, on whose table there are already very delicate dossiers: here’s everything you need to know about this handover.

The challenges faced by the Czech presidency

The Czech Republic found itself holding the rotating presidency of the Council of the European Union in an extremely delicate phase in the life of the EU itself: during its mandate Prague led the Council in the management of the energy crisis, with the related discussions finally led to an agreement on the price cap for Russian gas. Obviously without forgetting the war in Ukraine, aid to the attacked country and the management of refugees, in addition to the ongoing recessionary spiral and the looming economic recession. “Europe is currently facing many problems and many challenges but, by acting with unity and determination, we will emerge from these crises stronger and more resilient”, declared Czech Prime Minister Petr Fiala, presenting the priorities of the presidency of the Czech Republic.

The challenges that await Sweden

Now – and until June 2023 – it’s time for Sweden, in its third presidency. He still has to manage the conflict in Ukraine and the consequences that the war also entails for the European Union: “It will be a priority for the Swedish presidency to maintain unity and continue to support Ukraine with all kinds of measures. Concretely, it is a question of economic, military, humanitarian and even political aid to manage this difficult moment. Also, of course, we have to continue to impose sanctions against Russia and so on,” said Jessika Roswall, Swedish minister for European affairs, according to Euronews. And while the crisis, including energy, continues, Qatargate could represent another delicate issue that the Council led by Sweden could deal with.

What is the Council of the European Union

The Council of the European Union is one of the decision-making bodies of the EU and holds legislative power together with the European Parliament. As reported on the Council’s own website, it negotiates and adopts legislative acts, in most cases together with the European Parliament, through the ordinary legislative procedure, also known as the codecision procedure. It is made up of a ministerial-level representative from each Member State, currently 27, who is chosen on a case-by-case basis according to the topic to be dealt with.

What does the Council of the European Union do?

The Council of the European Union has specific competences: it is responsible for coordinating the economic and budgetary policies of the member states and supervises the budgetary policies of the EU. It also adopts work plans in the fields of education, culture, youth and sport. The Council then, together with the High Representative of the Union for Foreign Affairs and Security Policy, defines and implements the EU’s foreign and security policy. Finally, it provides the mandate to the European Commission to negotiate treaties between the Union itself and third countries and adopts the EU budget together with the European Parliament.

How the Presidency of the Council works

The Presidency of the Council of the European Union is exercised in turn by the Member States every six months. During each semester, the presidency chairs meetings at all levels within the Council, helping to ensure continuity of the EU’s work. In an attempt to link work between one semester and another, the Treaty of Lisbon in 2009 introduced the “trio” system: the Member States holding the presidency work closely together in groups of three, setting long-term objectives and preparing a joint program setting out the main themes and issues to be dealt with by the Council over a period of 18 months. Furthermore, within the framework of this programme, each individual presidency details its own six-monthly action plan. After Sweden, it will be the turn of Spain, Belgium and Hungary.