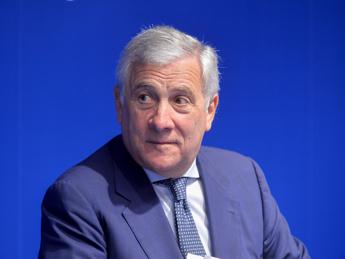 L’Italy wants to “count more on a Europe”. So the new Foreign Minister Antonio Tajani, in an interview with Corriere della Sera, in which he underlines how one of his first decisions was “to increase the number of diplomats in our Representation to the EU”. “We have to count more there. And it will be an important increase, which will bring us more in line with the weight, also of the staff, that Germany and France have”, he explains.


“Our alliances will always be those that help defend our national interest and that allow us to make an effective and constructive contribution in Europe”, says Tajani, recalling that the Brothers of Italy voted in favor of both the election of the president of the EU Commission Ursula Von der Leyen, and of the President of the European Parliament Roberta Metsola.

“It is a political fact that Meloni’s first European meeting was with Macron, and her first state trip will be on Thursday in Brussels,” Tajani said, answering the question of whether Italy will have a stronger link with Budapest and Warsaw, rather than with Paris or Berlin.

I believe that no one can doubt that I am a convinced pro-European. My appointment is already an answer to your question “, said the foreign minister.