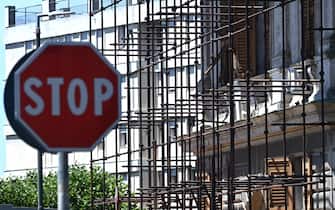 The Swedish rotating presidency of the European Union is committed to approve the so-called “green houses” directive within six months. Italy but it seems ready to give battle ea block legislation which could lead toobligation to renovate two out of three buildings by 2030to make them more energy efficient

WATCH THE VIDEO: Home, with new EU rules for many restructuring obligation

The draft directive part of the Union’s Fit for 55 package provides that the residential buildings and the real estate units will have to achieve at least energy class E by 1 January 2030 and, by January 1, 2033, at least energy performance class D exceptionsstarting with that for buildings recognized as being of historical interest

The text presented by the rapporteur of European Parliament (in the picture), Irishman Ciaran Cuffe (European Greens), also introduces greater social protections for landlords, with the use of the Social Climate Fund and Recovery funding. The MEP would then like to include in the directive ambitious targets for heat pumps and encourage EU countries to promote “community restructuring” at the neighborhood level

Superbonus and single-family members: what you need to know and what the timing is

The majority in Italy, however, appears to be against it: the group leader of Brothers of Italy in the Chamber, Tommaso Foti, has in fact announced the presentation of a resolution in Parliament for ask the Meloni government to avoid approval of what he calls “a disguised assets“: “The house is sacred and cannot be touched”, he said, also catching up with the owners’ cry of alarm

Confedilizia prefigures a “unprecedented” tension on the renovation market“a loss in value of the vast majority of Italian properties and, consequently, a general impoverishment of our families“. While the president of ANCE, Federica Brancaccio, calls for “immediately a structured system of targeted and stable state incentives”

They wouldn’t be okay with the new standards, according to data from the manufacturers’ association, more than 9 million buildings out of 12.2 million. Moreover, 74% of the buildings in Italy were built before the entry into force of the complete legislation on energy saving and seismic safety

According to available data, the energy performance certificates issued in 2020 refer to 75.4% of the cases to properties in the most polluting classes, E, F, G. The latter, in particular, accounts for over a third (35.3%), according to Enea-CTI monitoring

The first vote on the directive is expected in industry commission of the European Parliament on 9 Februarymore than a year after the text was presented by the Commission, in December 2021. Brussels now wants to accelerate: “Our priority is to make Europe greener. There are several legislative files that are now under negotiation and our aim is to reach an agreement during the presidency,” said the Swedish Prime Minister Ulf Kristersson (in the picture)

The path to eventual approval, however, presents itself bumpy: it is no coincidence that the first vote, originally scheduled for January 24, is postponed to allow for the disposal of the more than 1,500 amendments received. (In the picture: the president of the European Parliament Roberta Metsola)

Meanwhile, the MEP of the Brothers of Italy, Nicola Procaccini, warned that the Conservatives and Reformists group will oppose the directive which, in his opinion, would be an example of the “blind ideological fanaticism” of Brussels’ environmental policies. The head of delegation of the 5 Star Movement in the European Parliament, Tiziana Beghin, has instead called for “a new Recovery Fund whose main mission is to finance a Superbonus at European level”

ECB raises inflation estimates to 6.3%, what changes for mortgages and rates