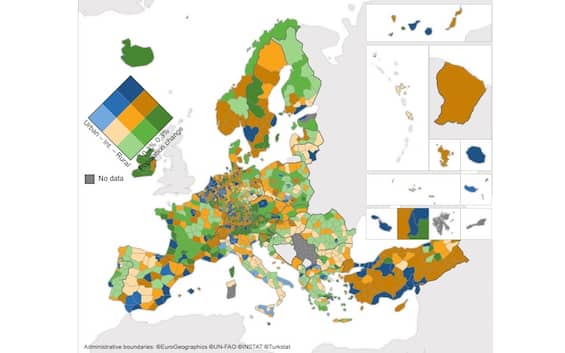 The data emerge from the European Institute of Statistics. According to the survey, European rural areas suffer a decrease of 0.4% per year, which also reaches 1.1% in Italy

Rural depopulation is certainly not a new phenomenon. Since the birth of cities, it has been an event that has affected populations who in large numbers moved from the countryside to move to urban centres. A phenomenon that has not stopped over the years, but rather has increased. From 2015 to 2020, most of the European rural areas suffered a decline in population by an average of 0.3% per year and between 0.4 and 1.1% in Italy. Eurostat notes this, underlining that it is mainly young people under the age of 20 and people of working age who leave the countryside, who move towards urban areas.