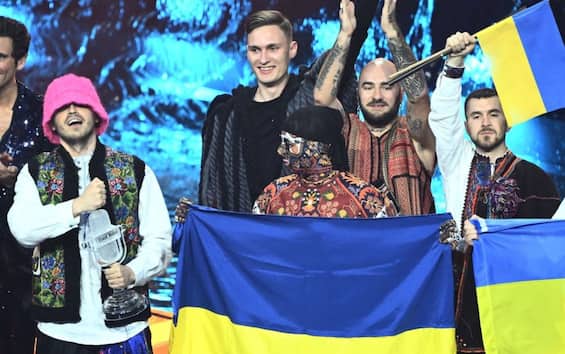 Eventually, the predictions came true. Triumphing at the 2022 edition of the Eurovision Song Contest was Ukraine, with the Kalush Orchestra. Stefanie conquered the public, and their message of peace was welcomed by the whole of Europe. “Slava Ukraïni!” they shouted from the stage, welcoming the standing ovation of the PalaOlimpico audience. Italy, with Blanco and Mahmood, stopped in sixth place.

What happened during the Eurovision 2022 final

The final of the Eurovision Song Contest 2022 opened with a hymn to peace, by the Rockin’1000. Mika, Laura Pausini and Alessandro Cattelan, accompanied by the audience, sang Give Peace a Chance by John Lennon. Subsequently it was the turn of Laura Pausini, protagonist of an extraordinary medley in Italian, Spanish and English of her greatest hits, from I sing And Loneliness to his latest single Box. The dress changes, curated by Donatella Versace, celebrated Italian fashion. After the presentation of all the competing countries, the competition has begun (REPORT CARDS). Competition that, for the first time since its inception, also saw Mahmood and Blanco on stage (very excited) with their Chills. There was no lack of touching moments, such as the appeal of the Ukrainian Kalush Orchestra for the city of Mariupol. And there was no lack of fashion which, as in every Eurovision, was eccentric and never banal. The highlight of the evening? Maneskin’s performance, who sang theirs Supermodel (“The beginning of a new musical era”, as they called it) and an excerpt from If I Can Dreamcover made for the film Elvis (to be released in 2022). It was then the moment of Gigliola Cinquetti with I’m not old enoughand of Mika with a medley of his hits: Love Today, Grace Kelly, Yo Yo, Happy Ending. After a greeting from Gigliola Cinquetti, the counting of votes began.

● Georgia awarded 12 points to the UK

● Italy awarded 12 points to the Netherlands